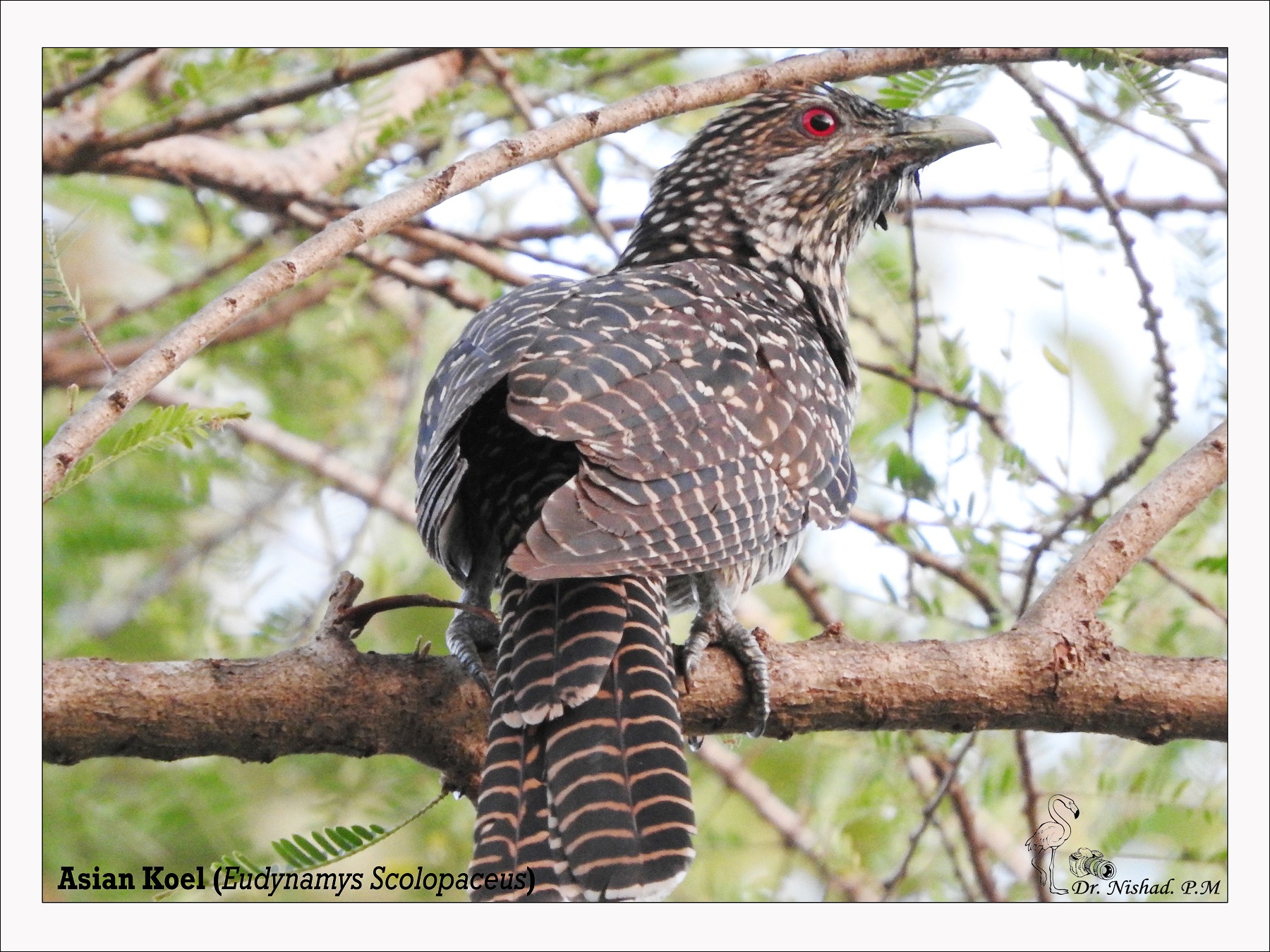 The Asian koel (Eudynamys scolopaceus) is a member of the cuckoo order of birds, the Cuculiformes. It is found in the Indian Subcontinent, China, and Southeast Asia. It forms a superspecies with the closely related black-billed koels, and Pacific koels which are sometimes treated as subspecies. The Asian koel like many of its related cuckoo kin is a brood parasite that lays its eggs in the nests of crows and other hosts, who raise its young. They are unusual among the cuckoos in being largely frugivorous as adults. The name koel is echoic in origin with several language variants. The bird is a widely used symbol in Indian and Nepali poetry.