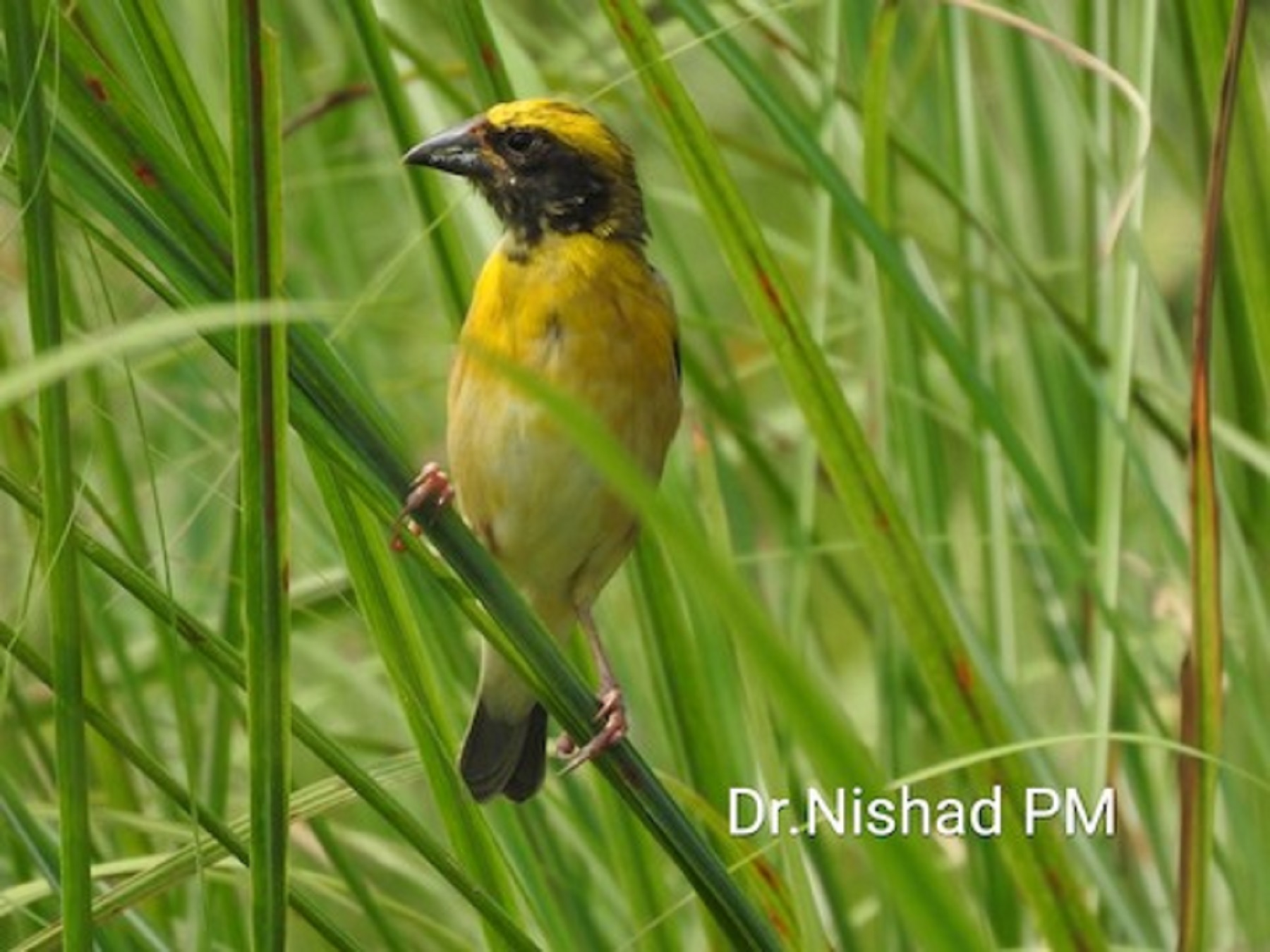 The baya weaver (Ploceus philippinus) is a weaverbird found across the Indian Subcontinent and Southeast Asia. Flocks of these birds are found in grasslands, cultivated areas, scrub and secondary growth and they are best known for their hanging retort shaped nests woven from leaves. These nest colonies are usually found on thorny trees or palm fronds and the nests are often built near water or hanging over water where predators cannot reach easily. They are widespread and common within their range but are prone to local, seasonal movements mainly in response to rain and food availability.

Among the population variations, five subspecies are recognized. The nominate race philippinus is found through much of mainland India while burmanicus is found eastwards into Southeast Asia. The population in southwest India is darker above and referred to as subspecies travancoreensis.