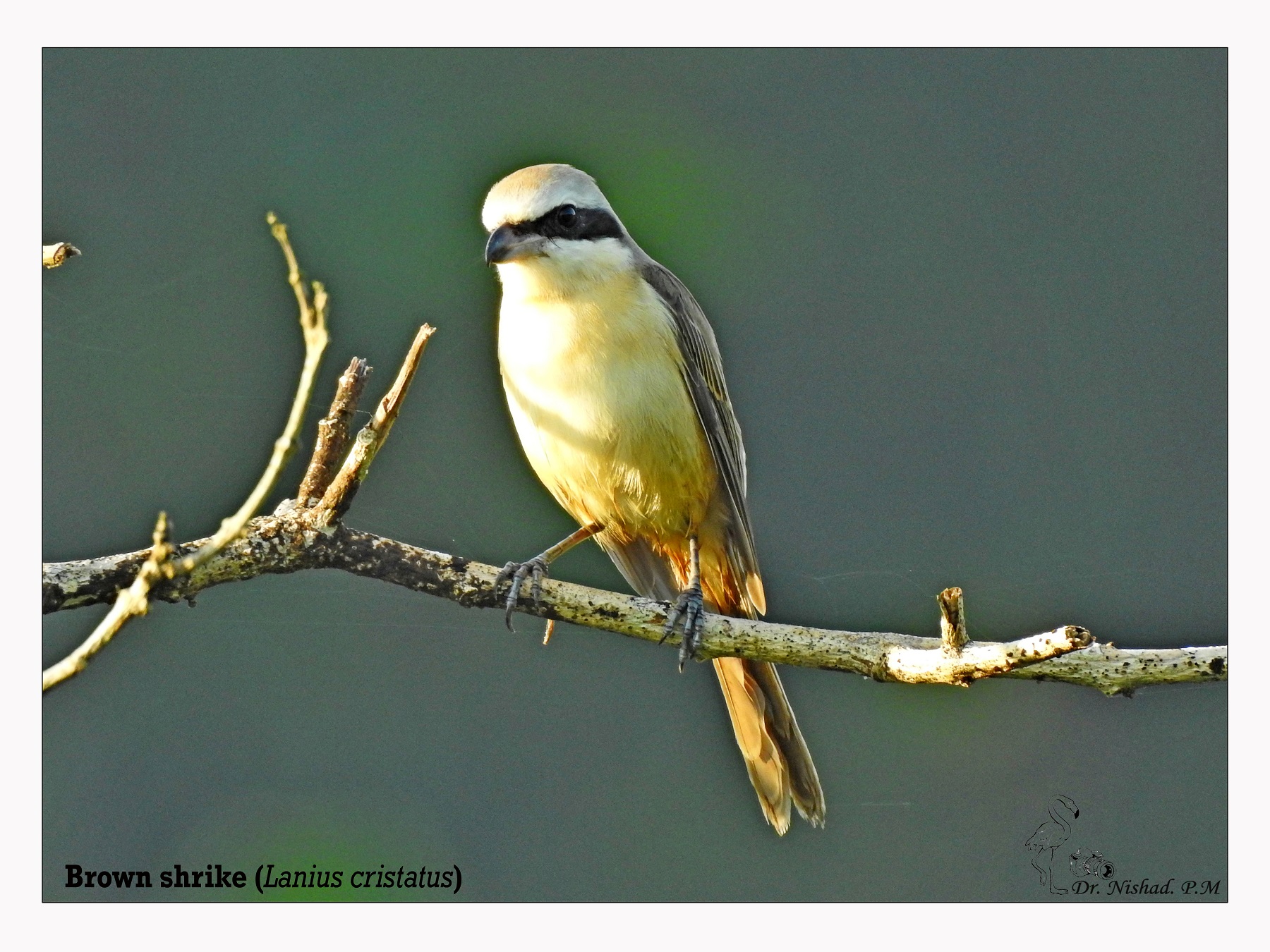 The brown shrike (Lanius cristatus) is a bird in the shrike family that is found mainly in Asia. It is closely related to the red-backed shrike (L. collurio) and isabelline shrike (L. isabellinus). The genus name, Lanius, is derived from the Latin word for “butcher”, and some shrikes are also known as “butcher birds” because of their feeding habits. The specific cristatus is Latin for “crested”, used in a broader sense than in English. The common English name “shrike” is from Old English scríc, “shriek”, referring to the shrill call.

Like most other shrikes, it has a distinctive black “bandit-mask” through the eye and is found mainly in open scrub habitats, where it perches on the tops of thorny bushes in search of prey. Several populations of this widespread species form distinctive subspecies which breed in temperate Asia and migrate to their winter quarters in tropical Asia. They are sometimes found as vagrants in Europe and North America.