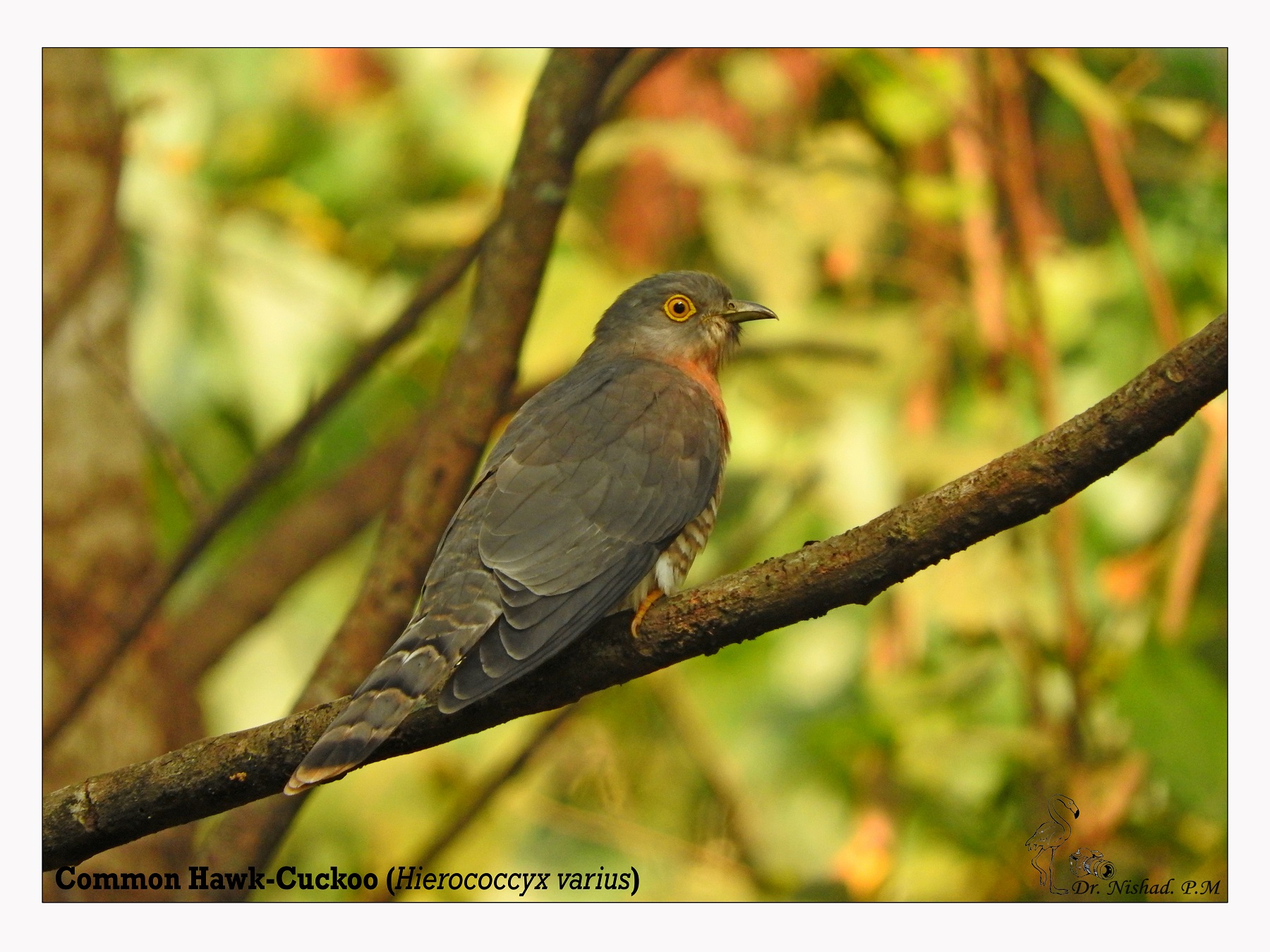 The common hawk-cuckoo (Hierococcyx varius), popularly known as the brainfever bird, is a medium-sized cuckoo resident in the Indian subcontinent. It bears a close resemblance to the Shikra, even in its style of flying and landing on a perch. The resemblance to hawks gives this group the generic name of hawk-cuckoo and like many other cuckoos these are brood parasites, laying their eggs in nests of babblers. During their breeding season in summer males produce loud, repetitive three note calls that are well-rendered as brain-fever, the second note being longer and higher pitched. These notes rise to a crescendo before ending abruptly and repeat after a few minutes; the calling may go on through the day, well after dusk and before dawn.