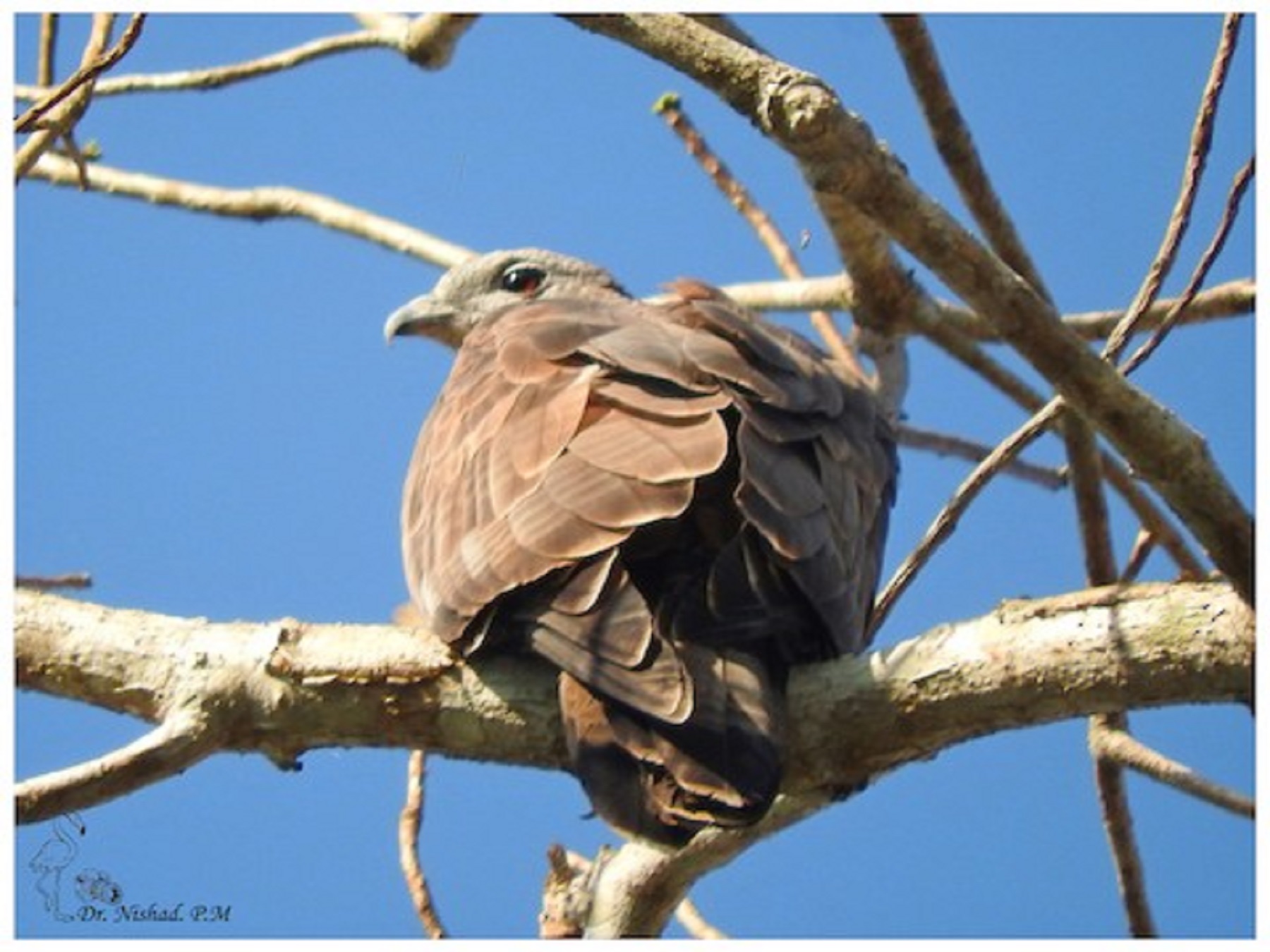 The crested honey buzzard (Pernis ptilorhynchus) is a bird of prey in the family Accipitridae, which also includes many other diurnal raptors such as kites, eagles, and harriers. Pernis ptilorhynchus has 6 subspecies. The size ranges between 57–60 cm (22–24 in) which makes it a medium-sized raptor. This species is also known as the Oriental, Asiatic, or Eastern honey buzzard. The name is derived from its diet which consists mainly of the larvae of bees and wasps extracted from honey combs.

The crested honey buzzard migrates for breeding to Siberia and Japan during the summer. The migratory birds winter in Southeast Asia and the Indian subcontinent. It is also year-round resident in these latter areas. It prefers well-forested areas with open spaces and is found from sea-level up to 1,800 m (5,900 ft). Unusually for raptors, the sexes can be differentiated.

The species has several adaptations for its specialist diet. These include an elongated head for foraging on underground nests and a groove in the tongue for feeding on honey. A mass of short, dense feathers on the head and neck protect against stinging attacks by social wasps. Juveniles may have adopted Batesian mimicry to deter predators.