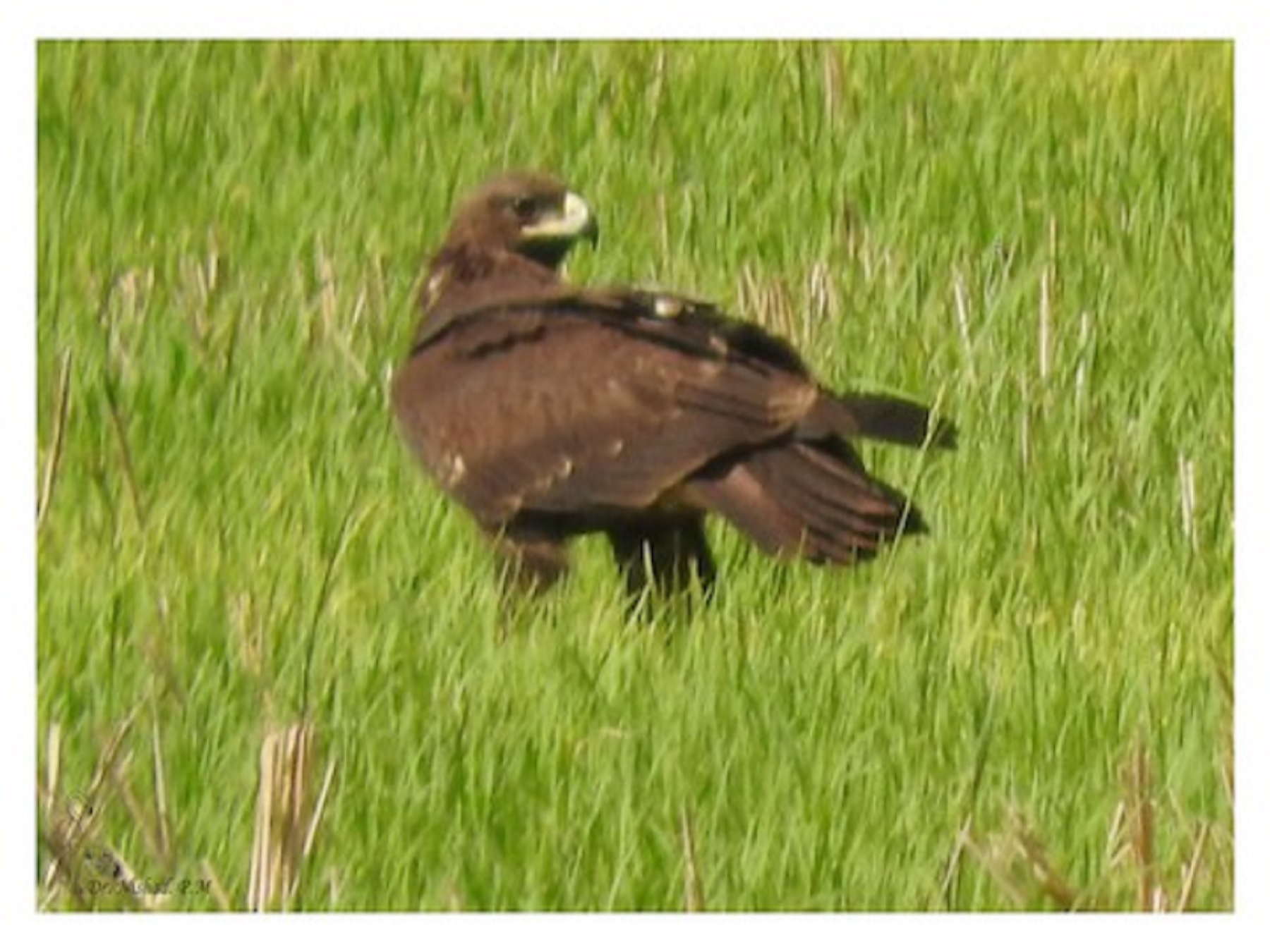 The greater spotted eagle (Clanga clanga), occasionally just called the spotted eagle, is a large bird of prey. Like all typical eagles, it belongs to the family Accipitridae. Its feathered legs indicate it as a member of the subfamily Aquilinae, also known as the “booted eagles”. This species, though once thought to be including in the genus Aquila, is now thought to belong to a distinct genus, Clanga, along with the other two species of spotted eagles. Greater spotted eagles are distributed spottily whilst breeding across Eastern and partially Central Europe across through much of central Russia and Central Asia, partially into China, the Indian Subcontinent and the upper Middle East. During winter, they migrate primarily to South Asia, Southeast Asia, the Middle East, the Mediterranean Basin and partially into East Africa. This eagle prefers wetter habitats than most co-existing booted eagles, preferring riparian zones along rivers as well as bogs, lakes, ponds, some seacoasts and other water ways with some woodland or forest surrounding. Floodplains are the primary breeding sites, preferably those which experience high water levels. They tend to be slightly more generalized during winter and migration but often seek out similar wetland type habitat. However, on occasion they may occur in dry upland areas during winter such as savanna plateaus.