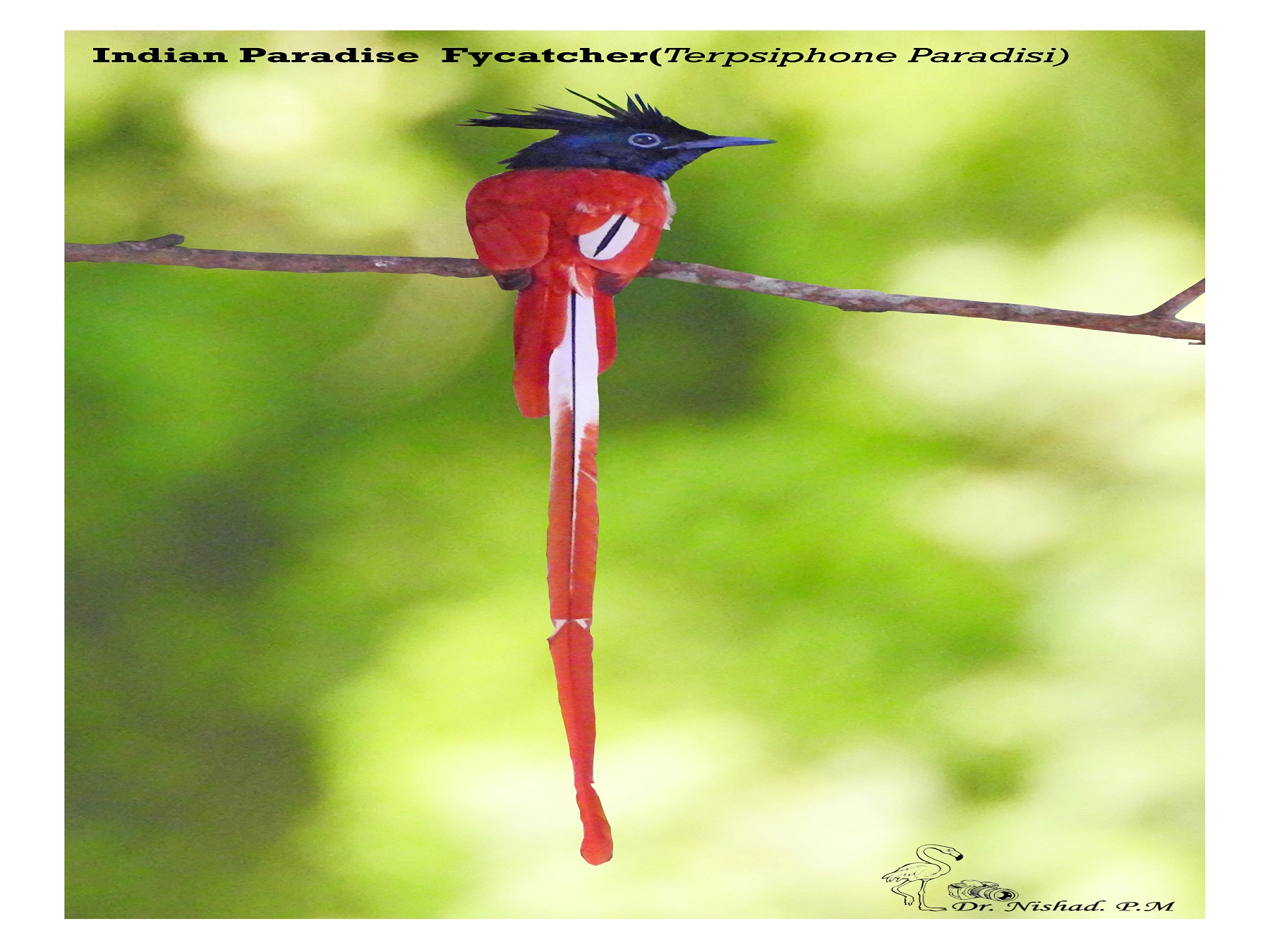 The Indian paradise flycatcher (Terpsiphone paradisi) is a medium-sized passerine bird native to Asia, where it is widely distributed. As the global population is considered stable, it has been listed as Least Concern on the IUCN Red List since 2004. It is native to the Indian subcontinent, Central Asia and Myanmar.

Males have elongated central tail feathers, and a black and rufous plumage in some populations, while others have white plumage. Females are short-tailed with rufous wings and a black head. Indian paradise flycatchers feed on insects, which they capture in the air often below a densely canopied tree.