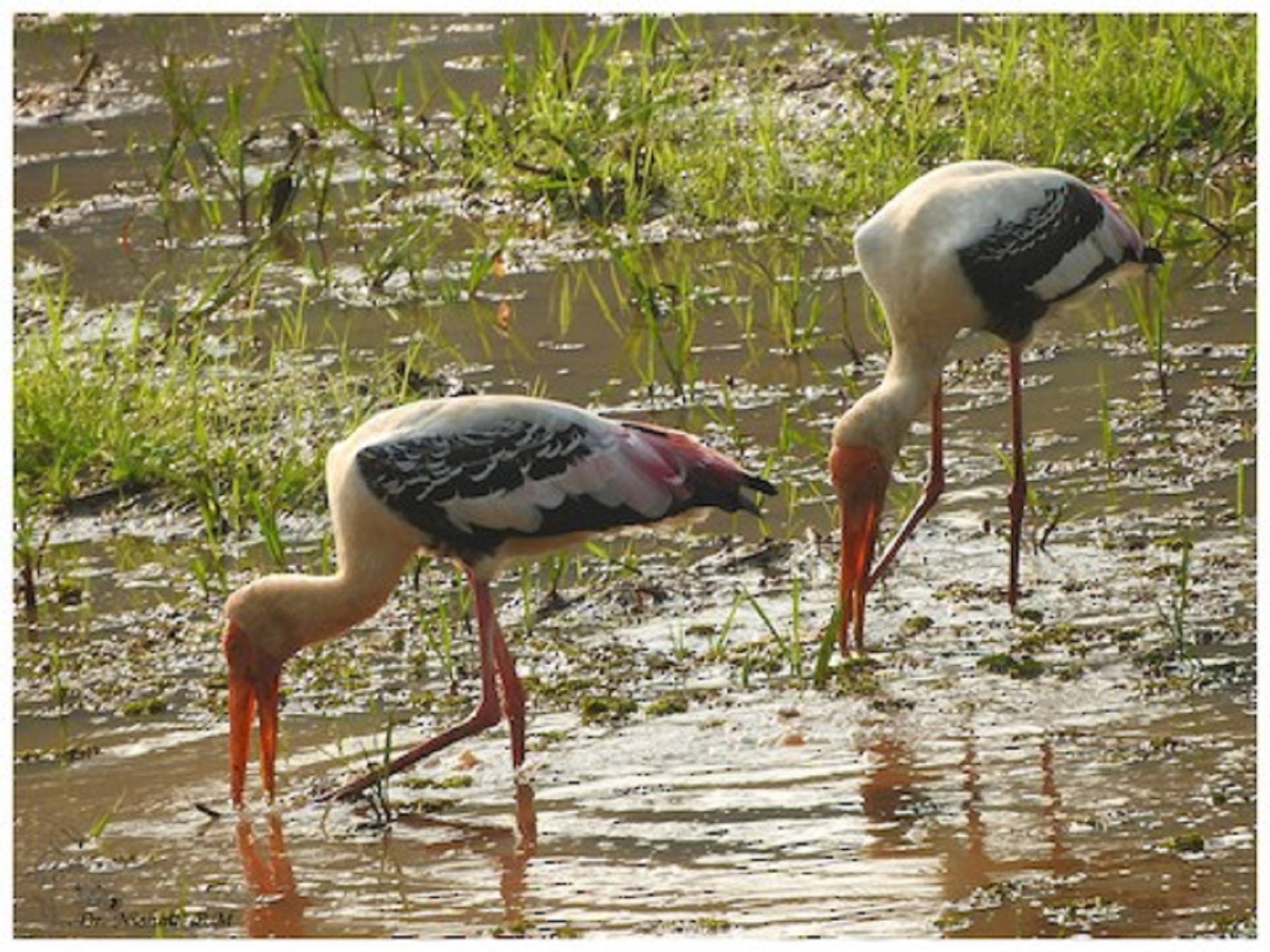 The Indian spot-billed duck (Anas poecilorhyncha) is a large dabbling duck that is a non-migratory breeding duck throughout freshwater wetlands in the Indian subcontinent. The name is derived from the red spot at the base of the bill that is found in the mainland Indian population. When in water it can be recognized from a long distance by the white tertials that form a stripe on the side, and in flight it is distinguished by the green speculum with a broad white band at the base. This species and the eastern spot-billed duck (A. zonorhyncha) were formerly considered conspecific, together called the spot-billed duck (A. poecilorhyncha).