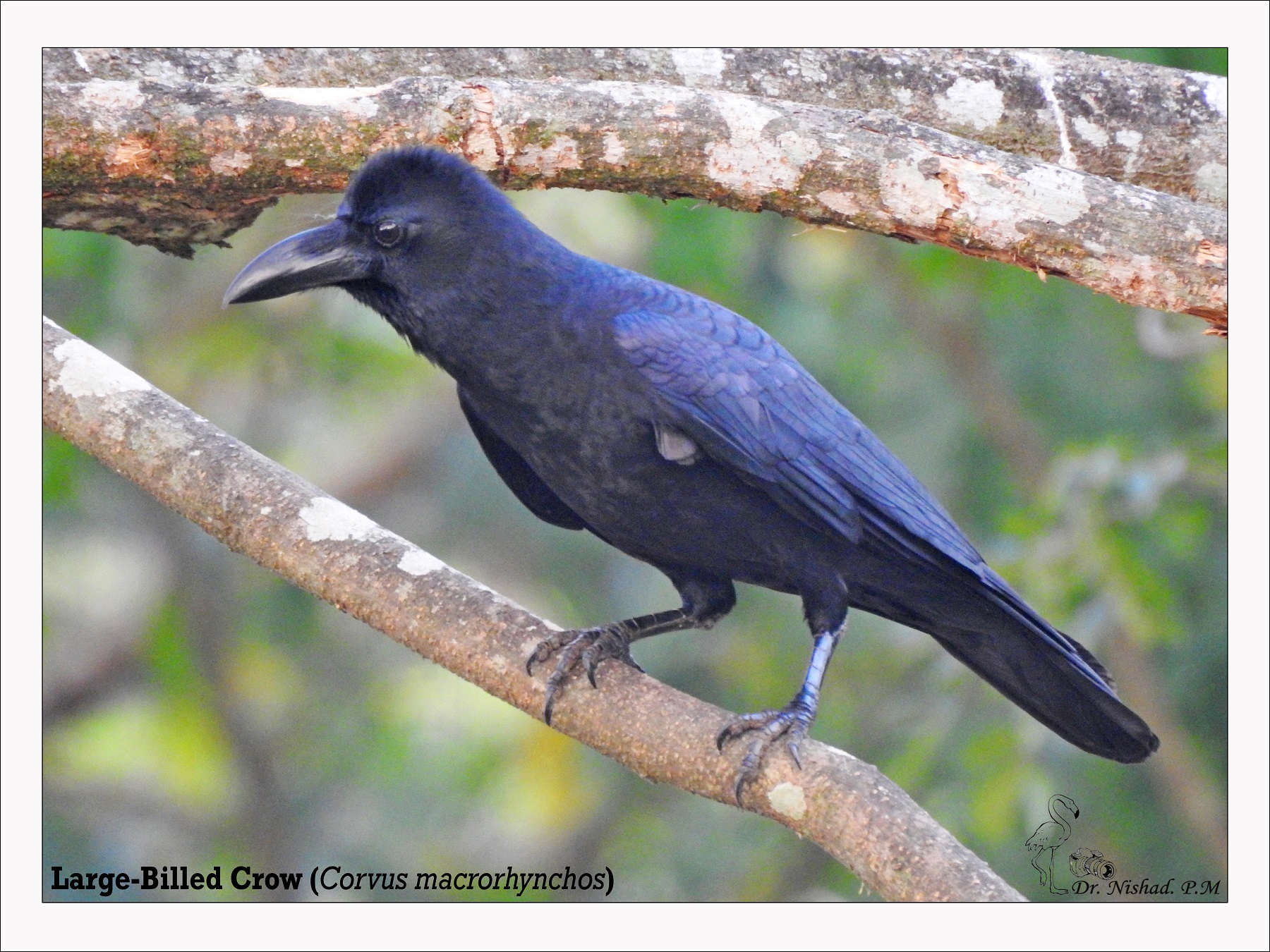 The large-billed crow (Corvus macrorhynchos), formerly referred to widely as the jungle crow, is a widespread Asian species of crow. It is very adaptable and is able to survive on a wide range of food sources, making it capable of colonizing new areas, due to which it is often considered a nuisance, especially on islands. It has a large bill, which is the source of its scientific name macrorhynchos (Ancient Greek for “large beak”) and it is sometimes known by the common name thick-billed crow. It can also be mistaken for a common raven. Johann Georg Wagler first described the species from a holotype obtained from Java in the year 1827. The eastern jungle crow and Indian jungle crow were once considered conspecific and together called the jungle crow.