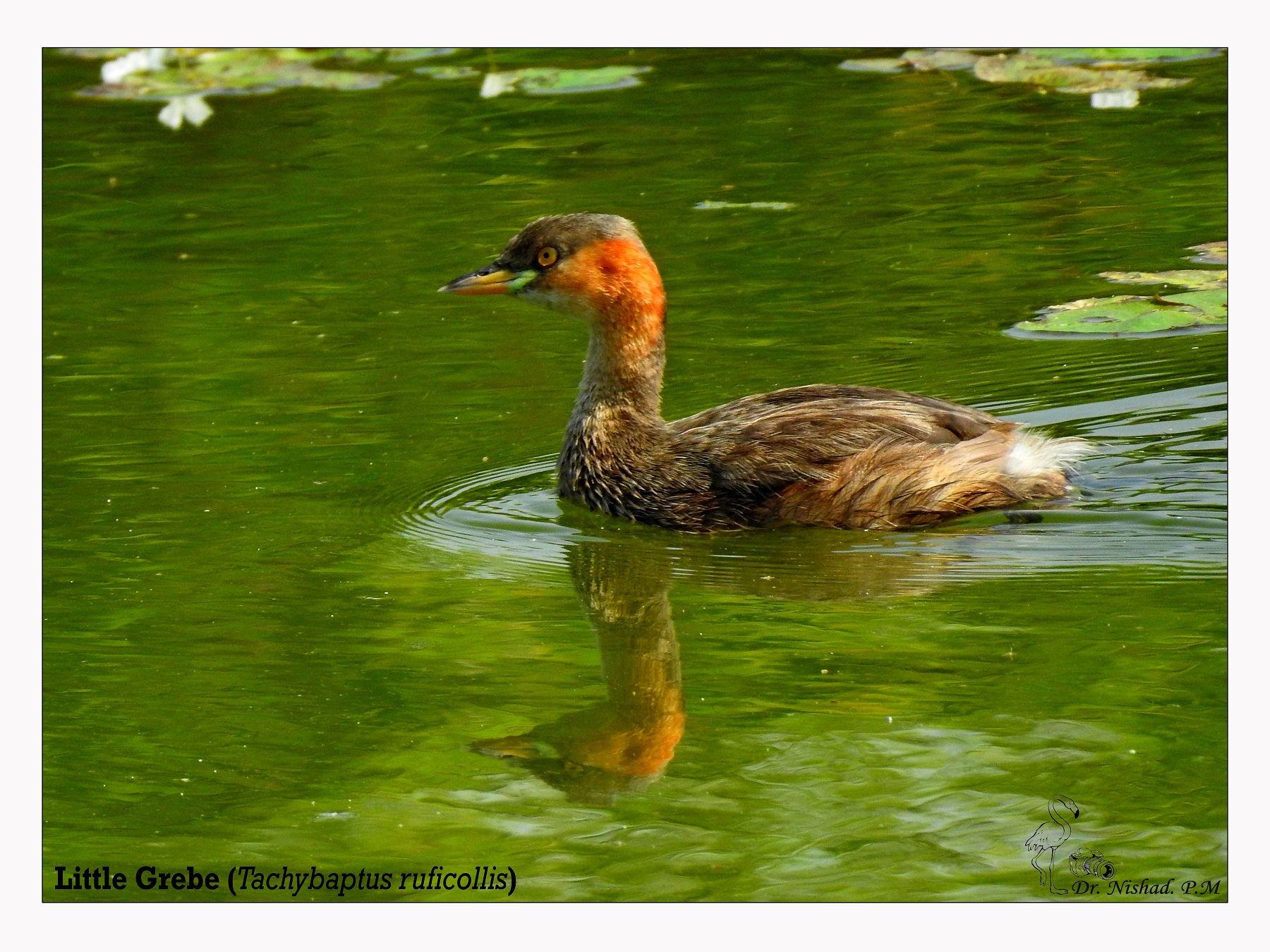 The little grebe (Tachybaptus ruficollis), also known as dabchick, is a member of the grebe family of water birds. The genus name is from Ancient Greek takhus “fast” and bapto “to sink under”. The specific ruficollis is from Latin rufus “red” and Modern Latin -collis, “-necked”, itself derived from Latin collum “neck”.

At 23 to 29 centimetres (9 to 11+1⁄2 inches) in length it is the smallest European member of its family. It is commonly found in open bodies of water across most of its range.

The little grebe is a small water bird with a pointed bill. The adult is unmistakable in summer, predominantly dark above with its rich, rufous colour neck, cheeks and flanks, and bright yellow gape. The rufous is replaced by a dirty brownish grey in non-breeding and juvenile birds.
Juvenile birds have a yellow bill with a small black tip, and black and white streaks on the cheeks and sides of the neck as seen below. This yellow bill darkens as the juveniles age, eventually turning black in adulthood.

In winter, its size, buff plumage, with a darker back and cap, and “powder puff” rear end enable easy identification of this species. The little grebe’s breeding call, given singly or in duet, is a trilled repeated weet-weet-weet or wee-wee-wee which sounds like a horse whinnying.