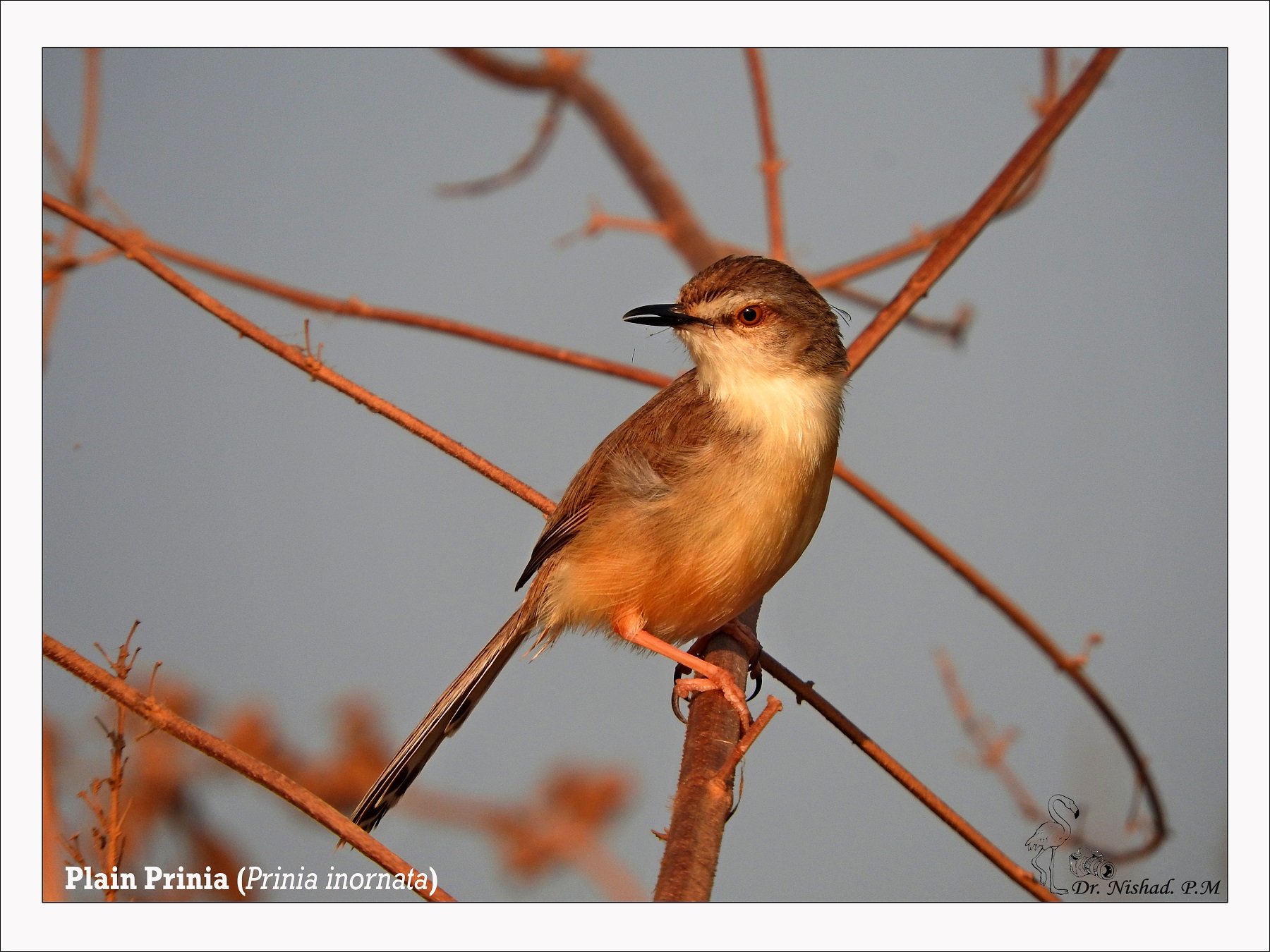 The plain prinia (Prinia inornata), also known as the plain wren-warbler or white-browed wren-warbler, is a small cisticolid warbler found in southeast Asia. It is a resident breeder from Pakistan and India to south China and southeast Asia. It was formerly included in the tawny-flanked prinia (Prinia subflava), resident in Africa south of the Sahara. The two are now usually considered to be separate species.