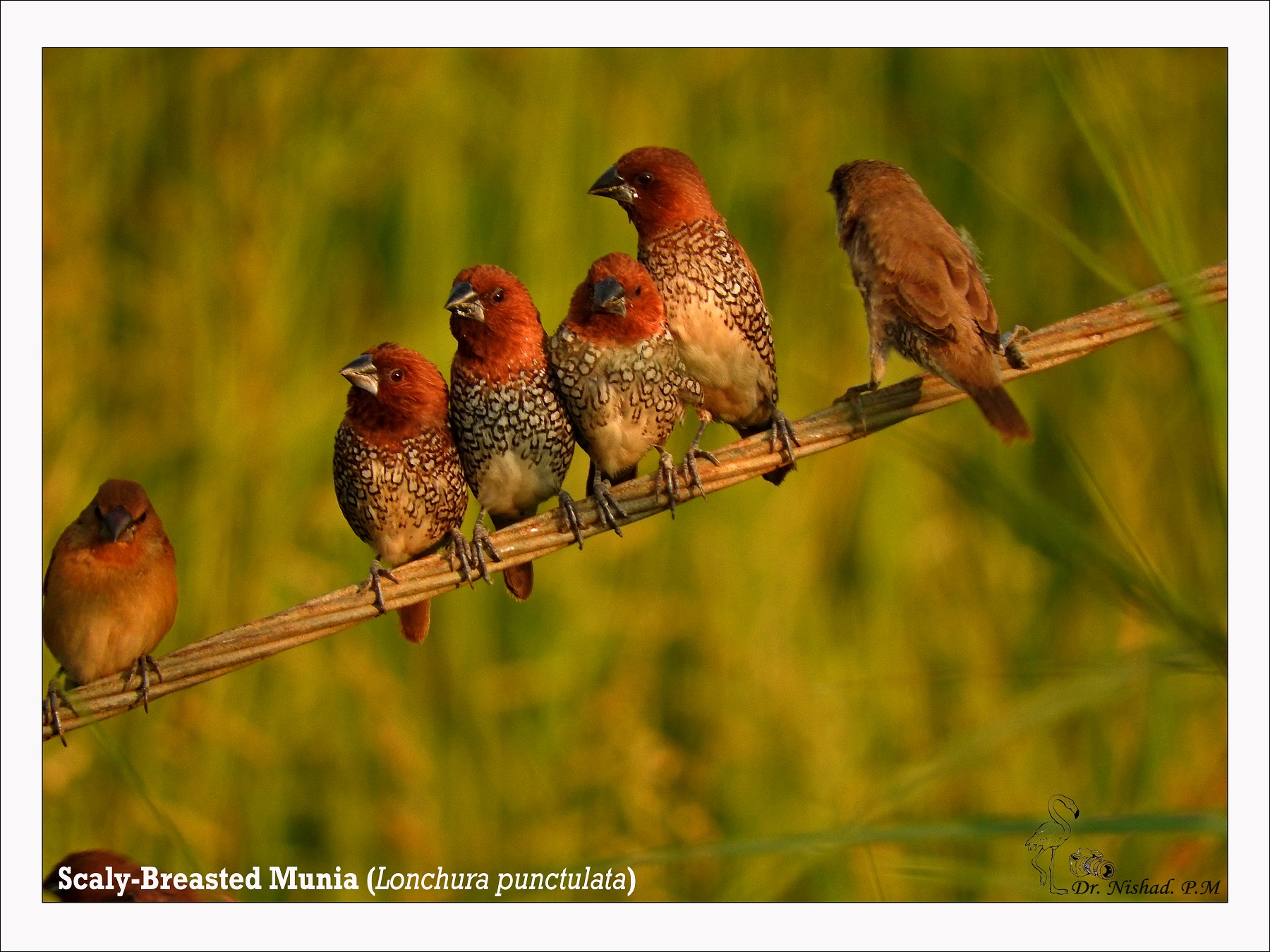 The scaly-breasted munia or spotted munia (Lonchura punctulata), known in the pet trade as nutmeg mannikin or spice finch, is a sparrow-sized estrildid finch native to tropical Asia. A species of the genus Lonchura, it was formally described and named by Carl Linnaeus in 1758. Its name is based on the distinct scale-like feather markings on the breast and belly. The adult is brown above and has a dark conical bill. The species has 11 subspecies across its range, which differ slightly in size and color.

This munia eats mainly grass seeds apart from berries and small insects. They forage in flocks and communicate with soft calls and whistles. The species is highly social and may sometimes roost with other species of munias. This species is found in tropical plains and grasslands. Breeding pairs construct dome-shaped nests using grass or bamboo leaves.

The species is endemic to Asia and occurs from India and Sri Lanka east to Indonesia and the Philippines (where it is called mayang pakíng). It has been introduced into many other parts of the world, and feral populations have established in Puerto Rico and Hispaniola, as well as parts of Australia, and the United States of America, with sightings in California. The bird is listed as of least concern by the International Union for Conservation of Nature (IUCN).