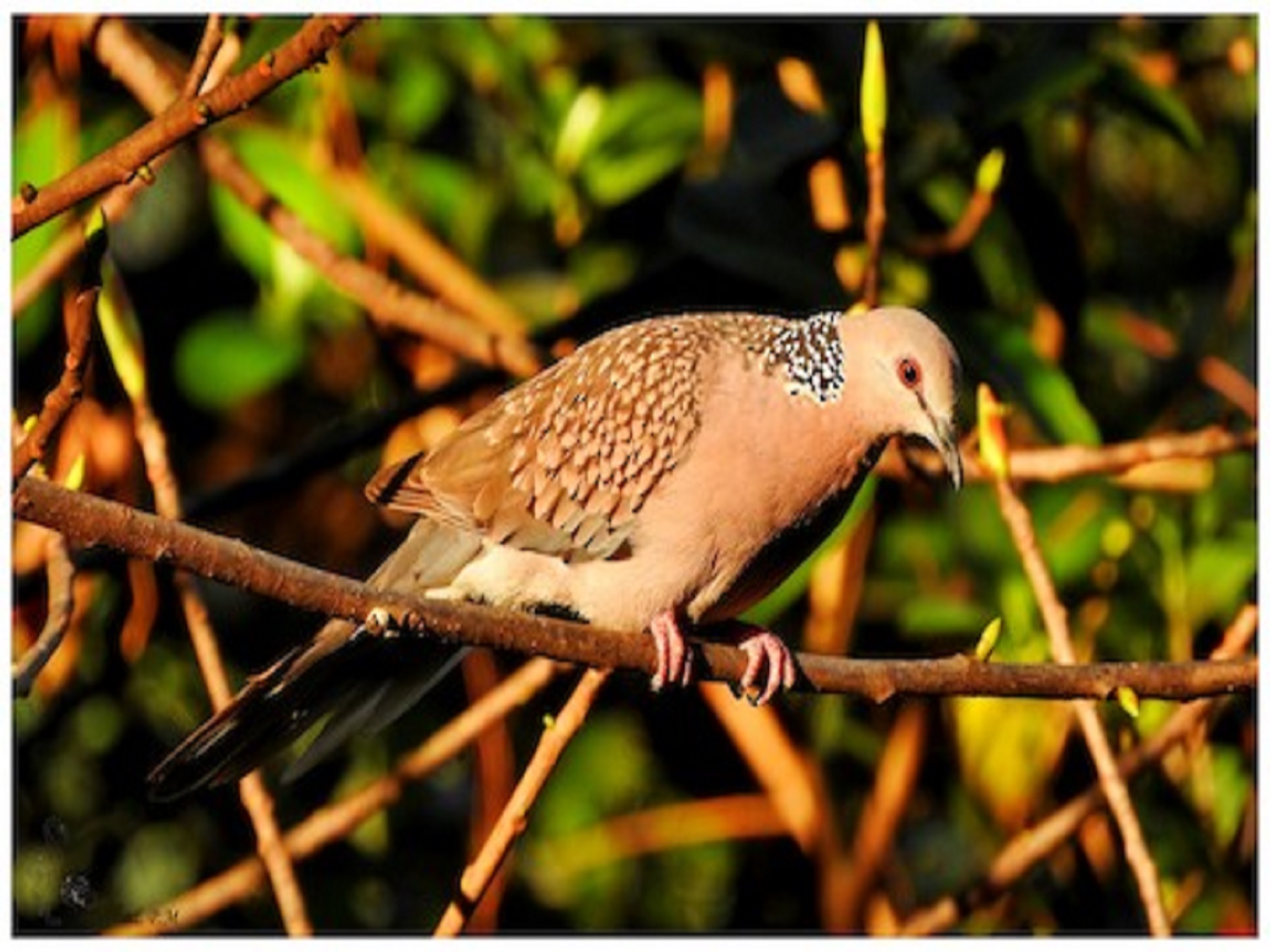 The spotted dove (Spilopelia chinensis) is a small and somewhat long-tailed pigeon that is a common resident breeding bird across its native range on the Indian subcontinent and in Southeast Asia. The species has been introduced to many parts of the world and feral populations have become established.

This species was formerly included in the genus Streptopelia with other turtle-doves, but studies suggest that they differ from typical members of that genus. This dove is long tailed buff brown with a white-spotted black collar patch on the back and sides of the neck. The tail tips are white and the wing coverts have light buff spots.

There are considerable plumage variations across populations within its wide range. The species is found in light forests and gardens as well as in urban areas. They fly from the ground with an explosive flutter and will sometimes glide down to a perch. It is also called the mountain dove, pearl-necked dove, lace-necked dove, and spotted turtle-dove.