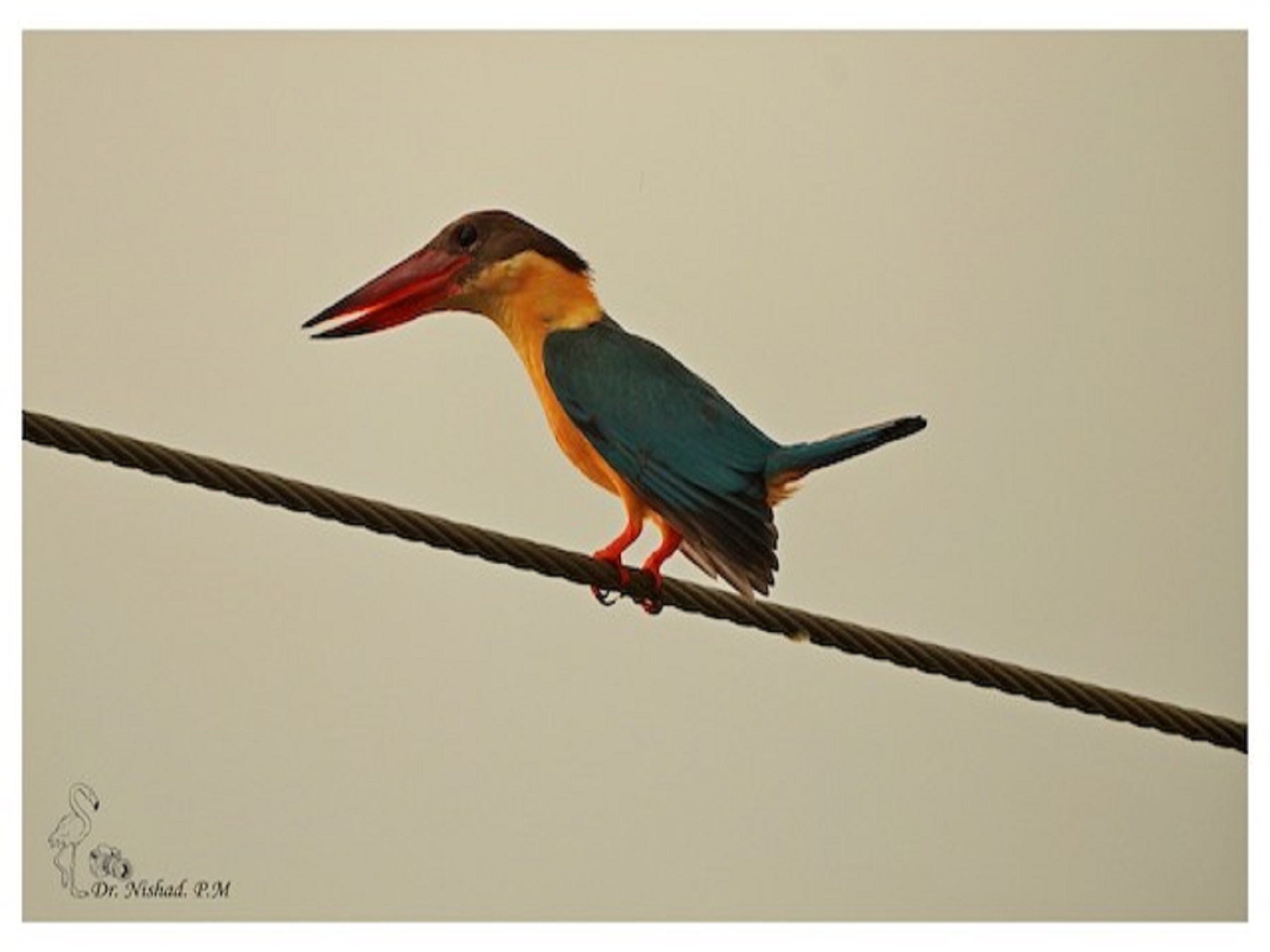 The stork-billed kingfisher (Pelargopsis capensis), is a tree kingfisher which is widely but sparsely distributed in the tropical Indian subcontinent and Southeast Asia, from India to Indonesia. This kingfisher is resident throughout its range.

It is a very large kingfisher, measuring 35 cm (14 in) in length. The adult has a green back, blue wings and tail, and olive-brown head. Its underparts and neck are buff. The very large bill and legs are bright red. The flight of the stork-billed kingfisher is laboured and flapping, but direct. Sexes are similar. There are 13 races or subspecies, differing mostly in plumage detail, but P. c. gigantea of the Sulu Archipelago in the Philippines has a white head, neck and underparts. The call of this noisy kingfisher is a low and far reaching peer-por-por repeated about every 5 seconds, as well cackling ke-ke-ke-ke-ke-ke.

The stork-billed kingfisher lives in a variety of well-wooded habitats near lakes, rivers, or coasts. It perches quietly whilst seeking food, and is often inconspicuous despite its size. It is territorial and will chase away eagles and other large predators. This species hunts fish, frogs, crabs, rodents and young birds.

Adults dig their nests in river banks, decaying trees, or tree termite nests. A clutch of two to five round white eggs is typical.