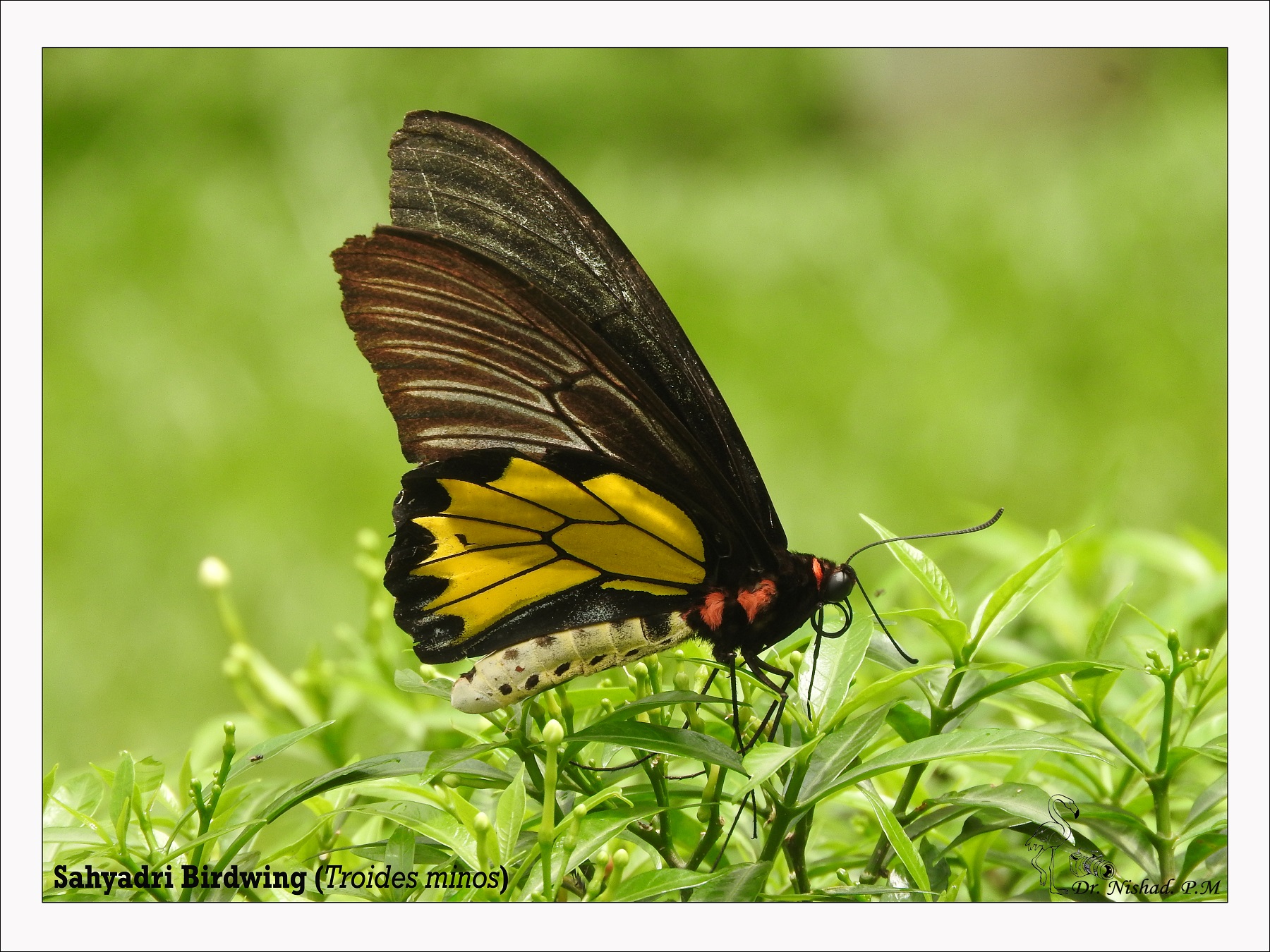 Troides minos, the southern birdwing, also called Sahyadri birdwing, is a large and striking swallowtail butterfly endemic to south India. With a wingspan of 140–190 mm, it is the second largest butterfly of India. It is listed as Least Concern in the IUCN Red List.

It was earlier considered a subspecies of the common birdwing (Troides helena) but is now recognised as a valid species.

The species is more common in the Western Ghats of South India, which is a biodiversity hotspot with a high degree of endemism in many taxa. It is much sought after by collectors and is a highlight of many butterfly tours in the Western Ghats. It is the state butterfly of Karnataka, India.