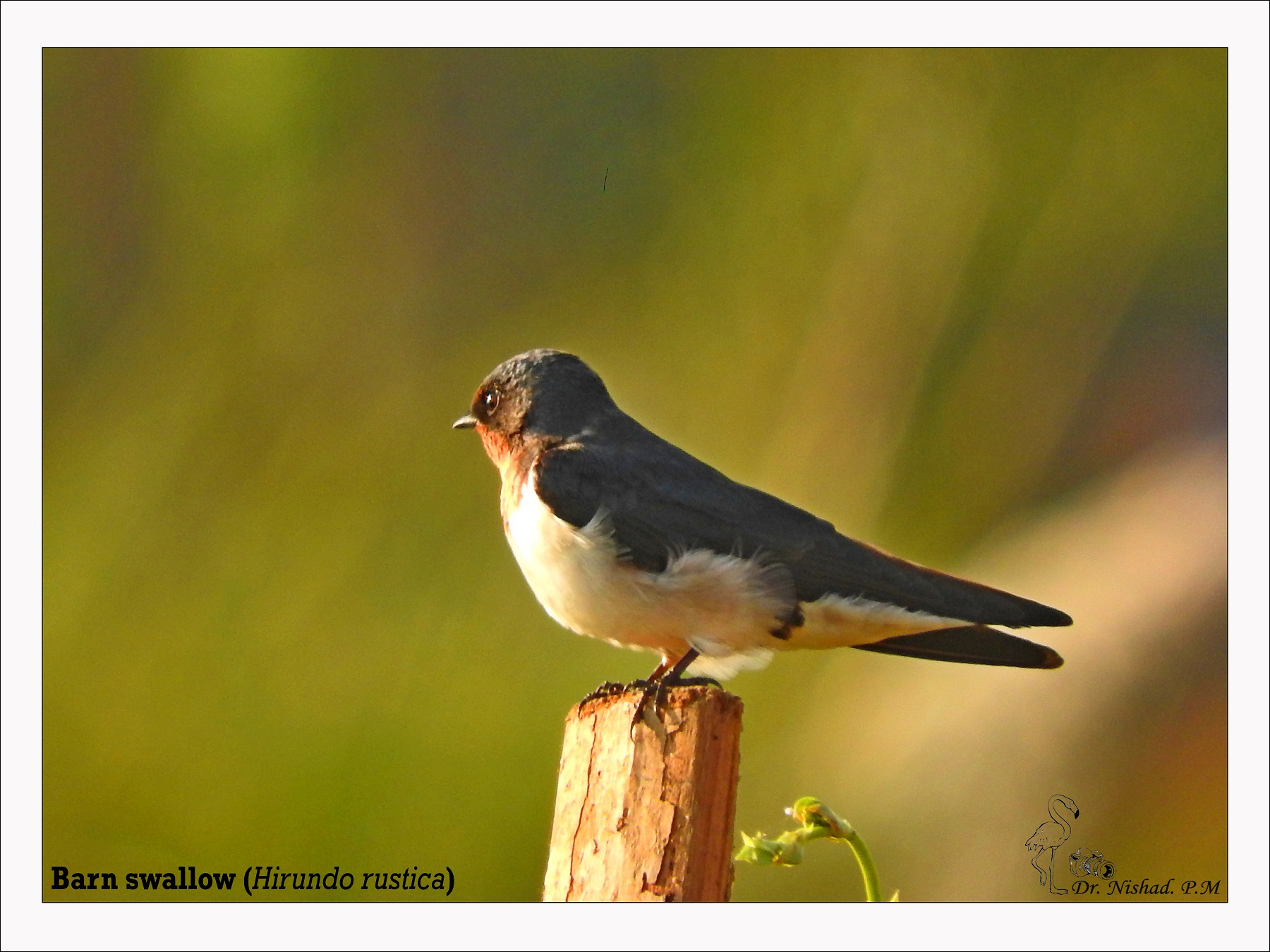 The barn swallow (Hirundo rustica) is the most widespread species of swallow in the world. In fact, it appears to have the largest natural distribution of any of the world’s passerines, ranging over 251 million square kilometres globally. It is a distinctive passerine bird with blue upperparts and a long, deeply forked tail. It is found in Europe, Asia, Africa and the Americas. In Anglophone Europe it is just called the swallow; in northern Europe it is the only common species called a “swallow” rather than a “martin”.