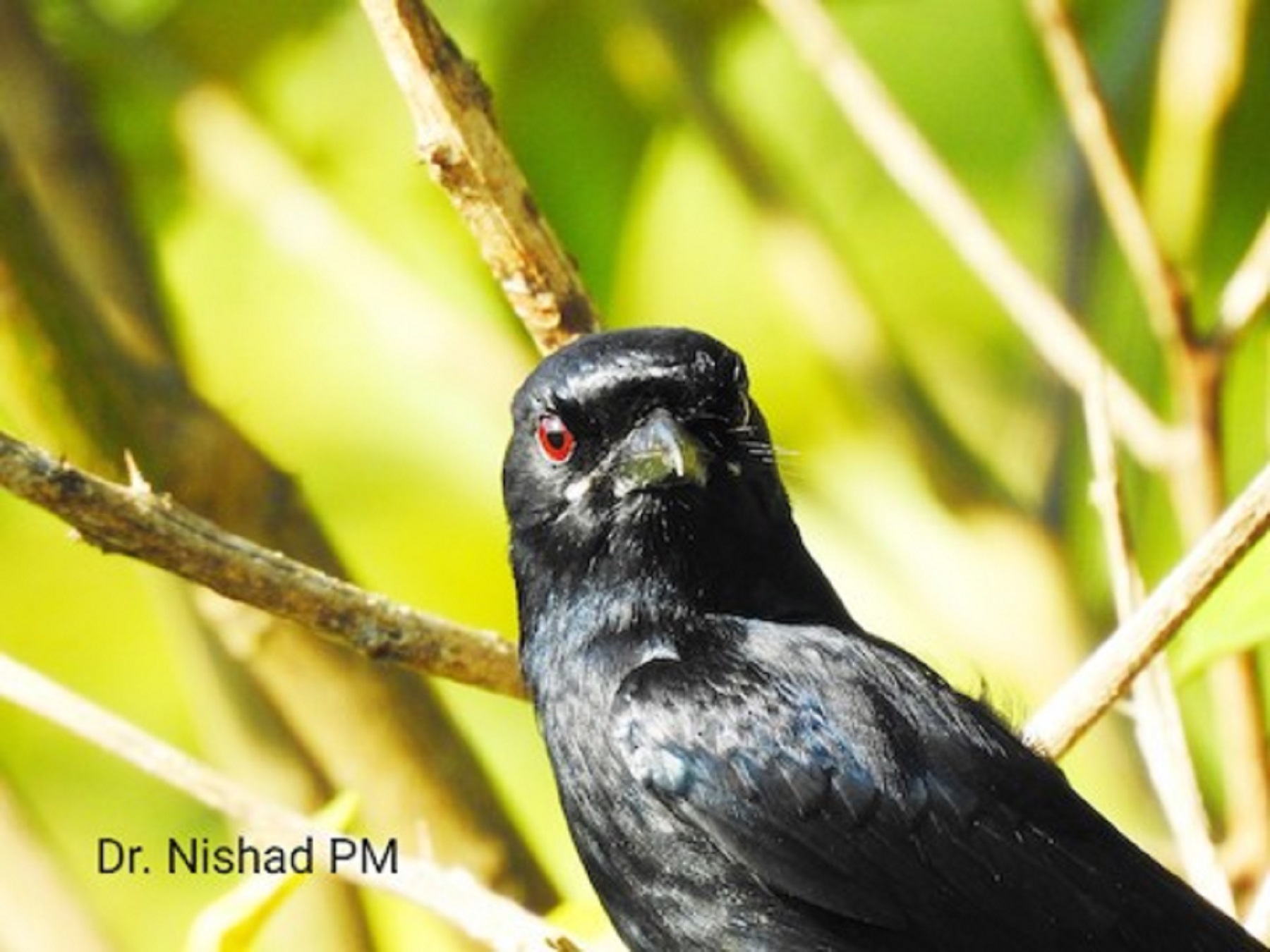 The black drongo (Dicrurus macrocercus) is a small Asian passerine bird of the drongo family Dicruridae. It is a common resident breeder in much of tropical southern Asia from southwest Iran through India, Bangladesh and Sri Lanka east to southern China and Indonesia and accidental visitor of Japan. It is an all black bird with a distinctive forked tail and measures 28 cm (11 in) in length. It feeds on insects, and is common in open agricultural areas and light forest throughout its range, perching conspicuously on a bare perch or along power or telephone lines.

The species is known for its aggressive behaviour towards much larger birds, such as crows, never hesitating to dive-bomb any bird of prey that invades its territory. This behaviour earns it the informal name of king crow. Smaller birds often nest in the well-guarded vicinity of a nesting black drongo. Previously grouped along with the African fork-tailed drongo (Dicrurus adsimilis), the Asian forms are now treated as a separate species with several distinct populations.