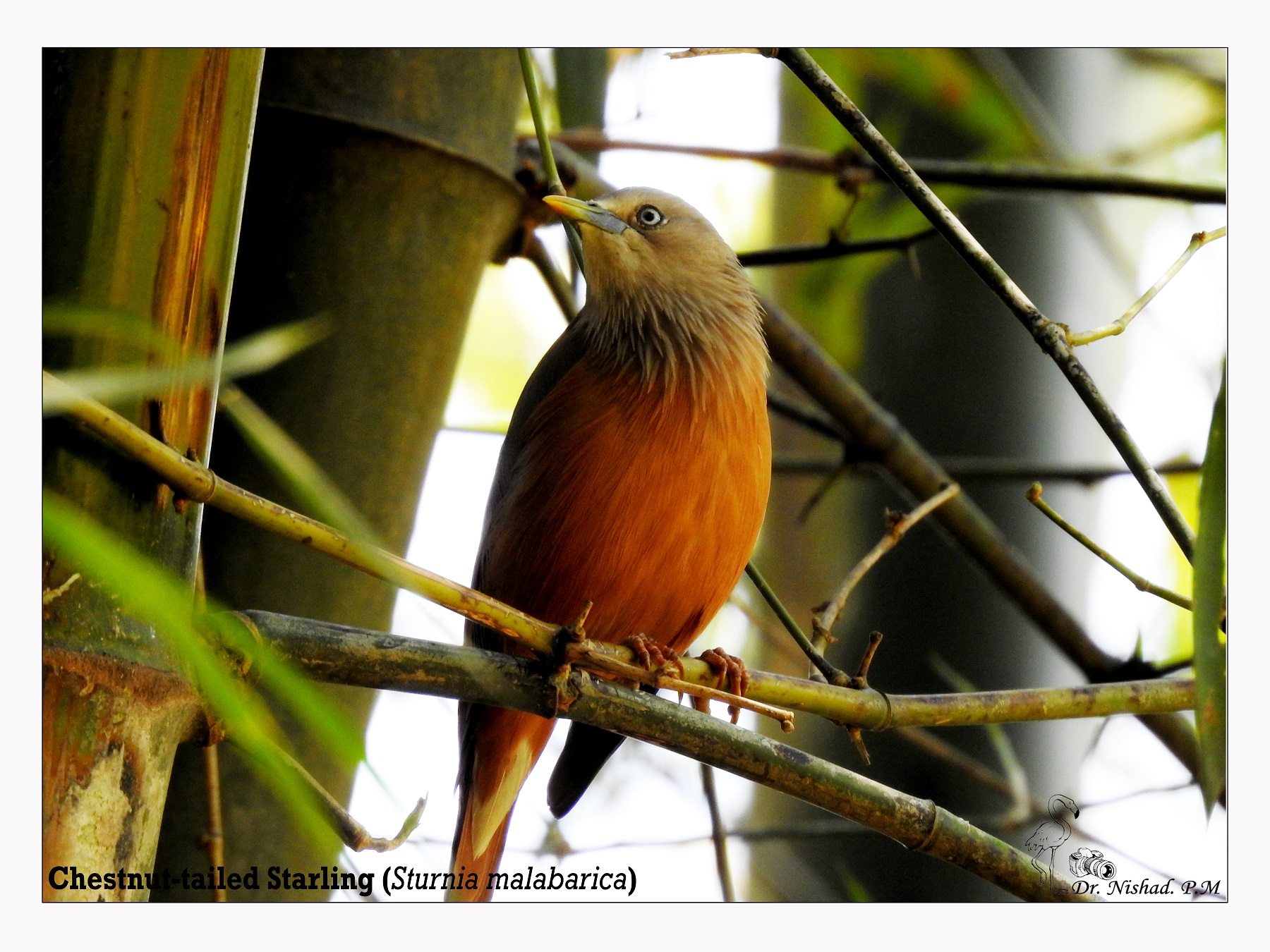 The chestnut-tailed starling (Sturnia malabarica), also called grey-headed starling and grey-headed myna is a member of the starling family. It is a resident or partially migratory species found in wooded habitats in India and Southeast Asia. The species name is after the distribution of a former subspecies in the Malabar region. While the chestnut-tailed starling is a winter visitor to peninsular India, the closely related resident breeding population with a white head is now treated as a full species, the Malabar starling (Sturnia blythii).