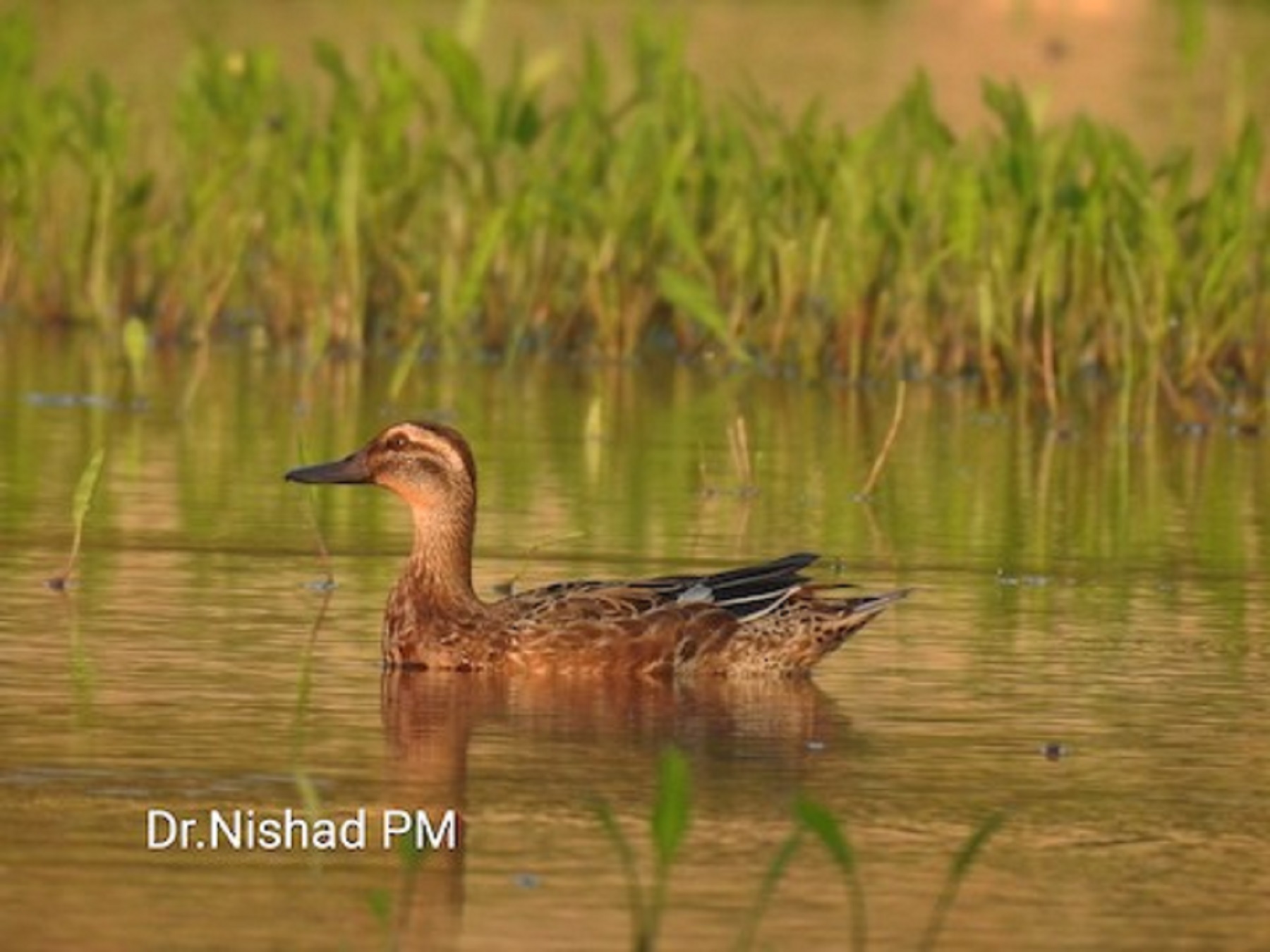 The garganey (Spatula querquedula) is a small dabbling duck. It breeds in much of Europe and across the Palearctic, but is strictly migratory, with the entire population moving to southern Africa, India (in particular Santragachi), Bangladesh (in the natural reservoirs of Sylhet district) and Australasia during the winter of the Northern hemisphere, where large flocks can occur. This species was first described by Carl Linnaeus in his landmark 1758 10th edition of Systema Naturae. Like other small ducks such as the Eurasian teal, this species rises easily from the water with a fast twisting wader-like flight.

Their breeding habitat is grassland adjacent to shallow marshes and steppe lakes.