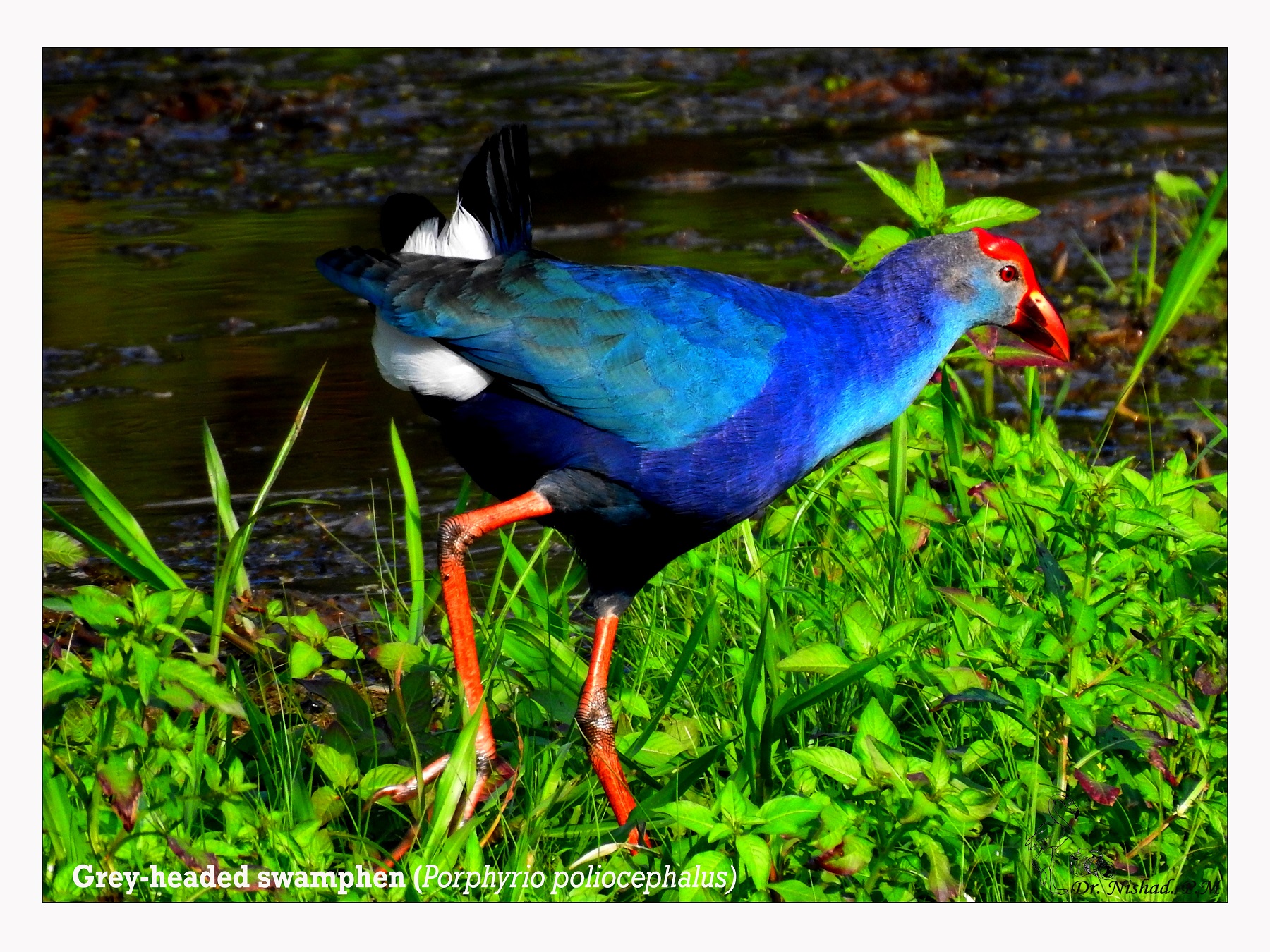 The grey-headed swamphen (Porphyrio poliocephalus) is a species of swamphen occurring from the Middle East and the Indian subcontinent to southern China and northern Thailand. It used to be considered a subspecies of the purple swamphen, but was elevated to full species status in 2015; today the purple swamphen is considered a superspecies and each of its six subspecies groups are designated full species.

The male has an elaborate courtship display, holding water weeds in his bill and bowing to the female with loud chuckles.