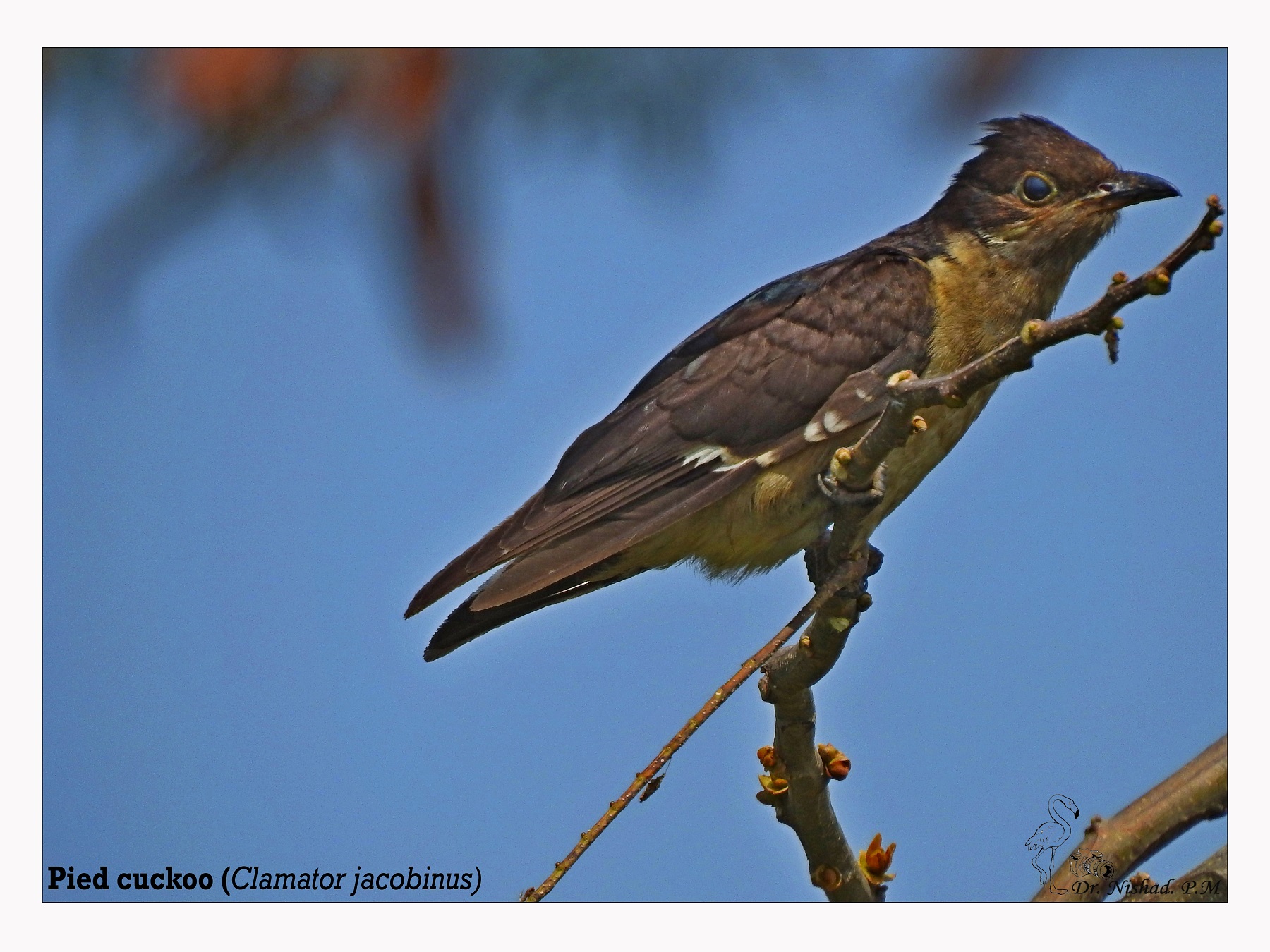 The Jacobin cuckoo (Clamator jacobinus), pied cuckoo or pied crested cuckoo is a member of the cuckoo order of birds that is found in Africa and Asia. It is partially migratory and in India, it has been considered a harbinger of the monsoon rains due to the timing of its arrival. It has been associated with a bird in Indian mythology and poetry, known as the chataka represented as a bird with a beak on its head that waits for rains to quench its thirst.