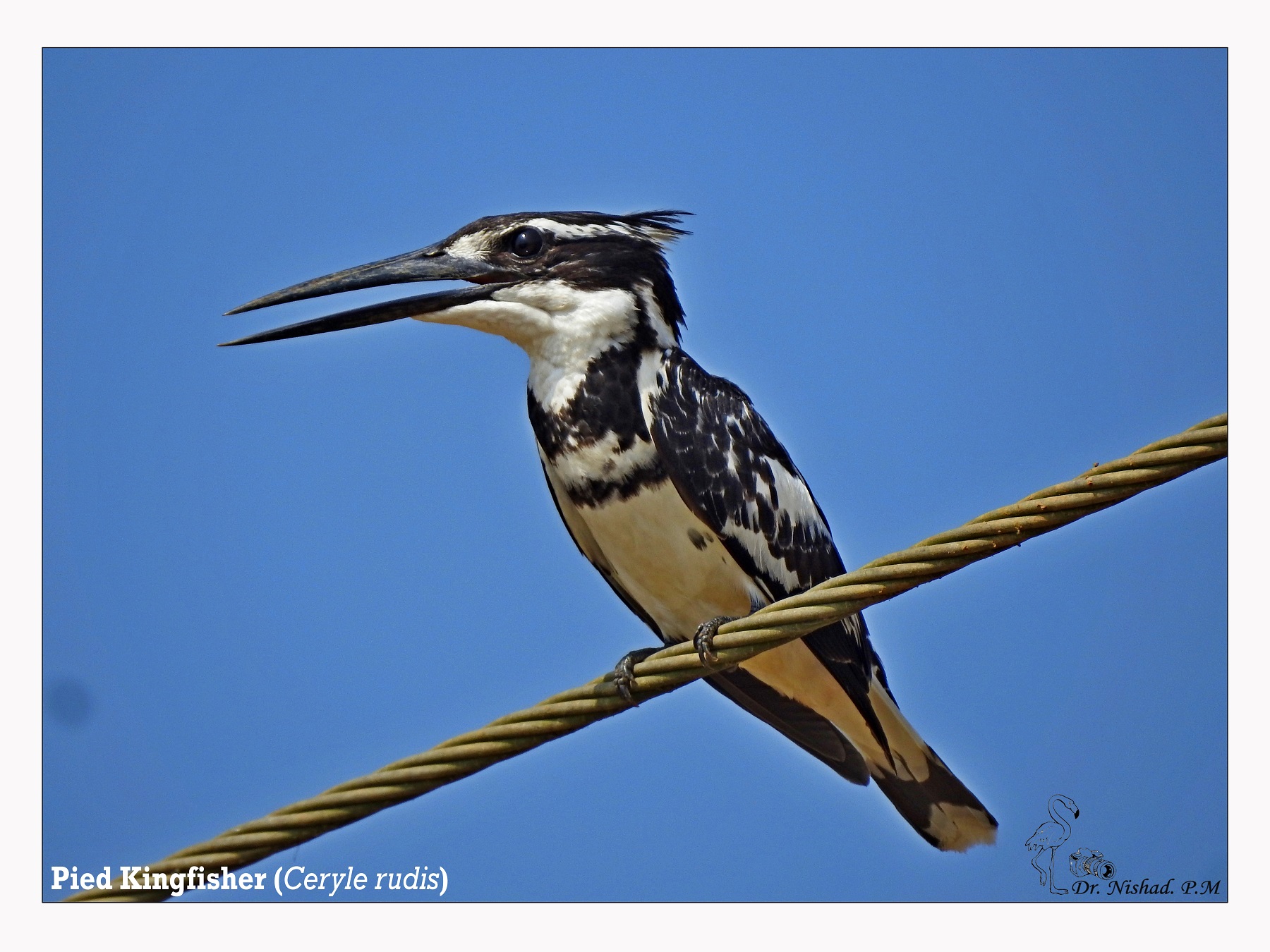 The pied kingfisher (Ceryle rudis) is a species of water kingfisher widely distributed across Africa and Asia. Originally described by Carl Linnaeus in 1758, it has five recognised subspecies. Its black and white plumage and crest, as well as its habit of hovering over clear lakes and rivers before diving for fish, make it distinctive. Males have a double band across the breast, while females have a single gorget that is often broken in the middle. They are usually found in pairs or small family groups. When perched, they often bob their head and flick up their tail.