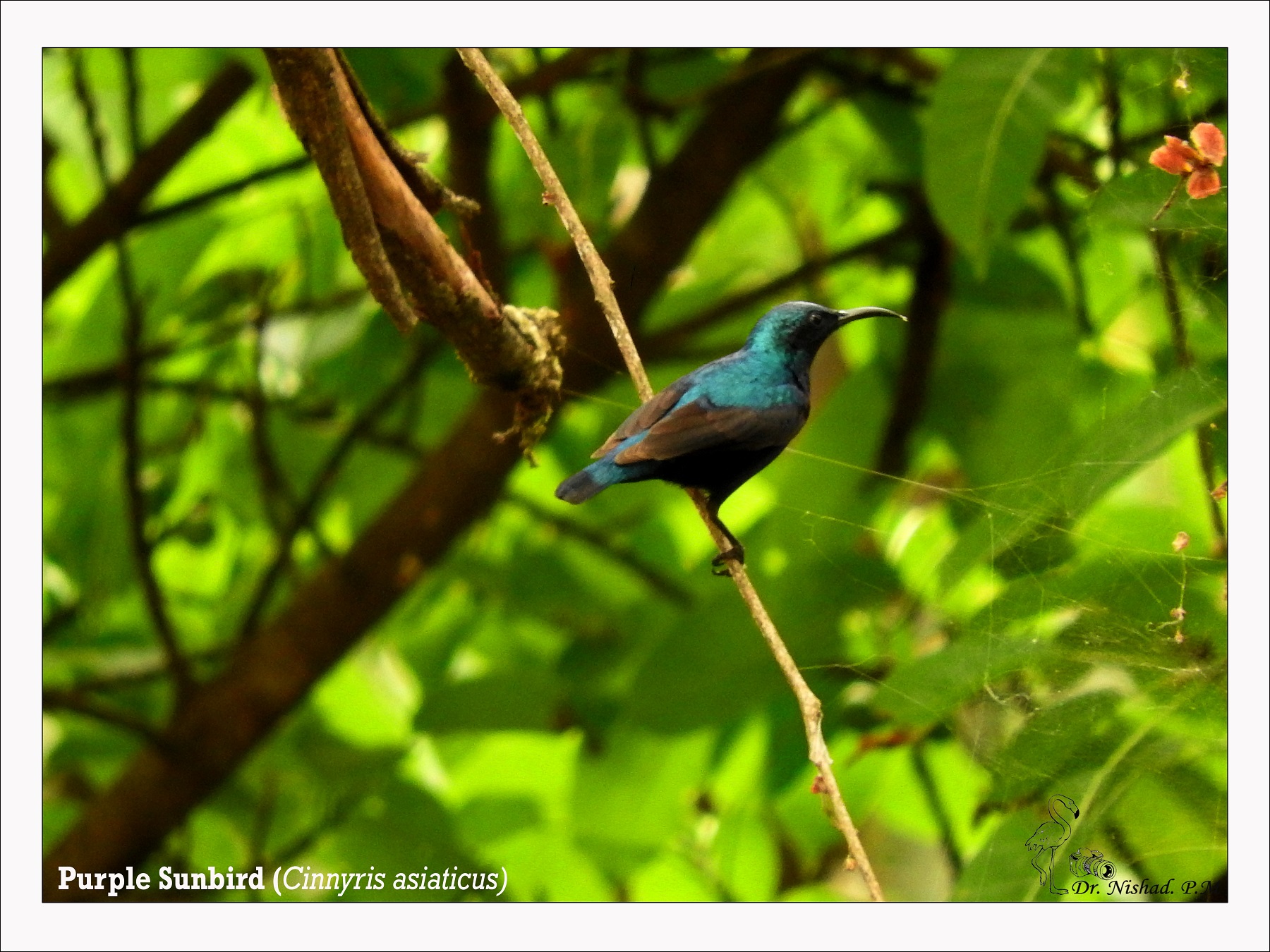 The purple sunbird (Cinnyris asiaticus) is a small bird in the sunbird family found mainly in South and Southeast Asia but extending west into parts of the Arabian peninsula. Like other sunbirds they feed mainly on nectar, although they will also take insects, especially when feeding young. They have a fast and direct flight and can take nectar by hovering like a hummingbird but often perch at the base of flowers. The males can appear all black in harsh sunlight but the purple iridescence is visible on closer observation or under good light conditions. Females are olive above and yellowish below.