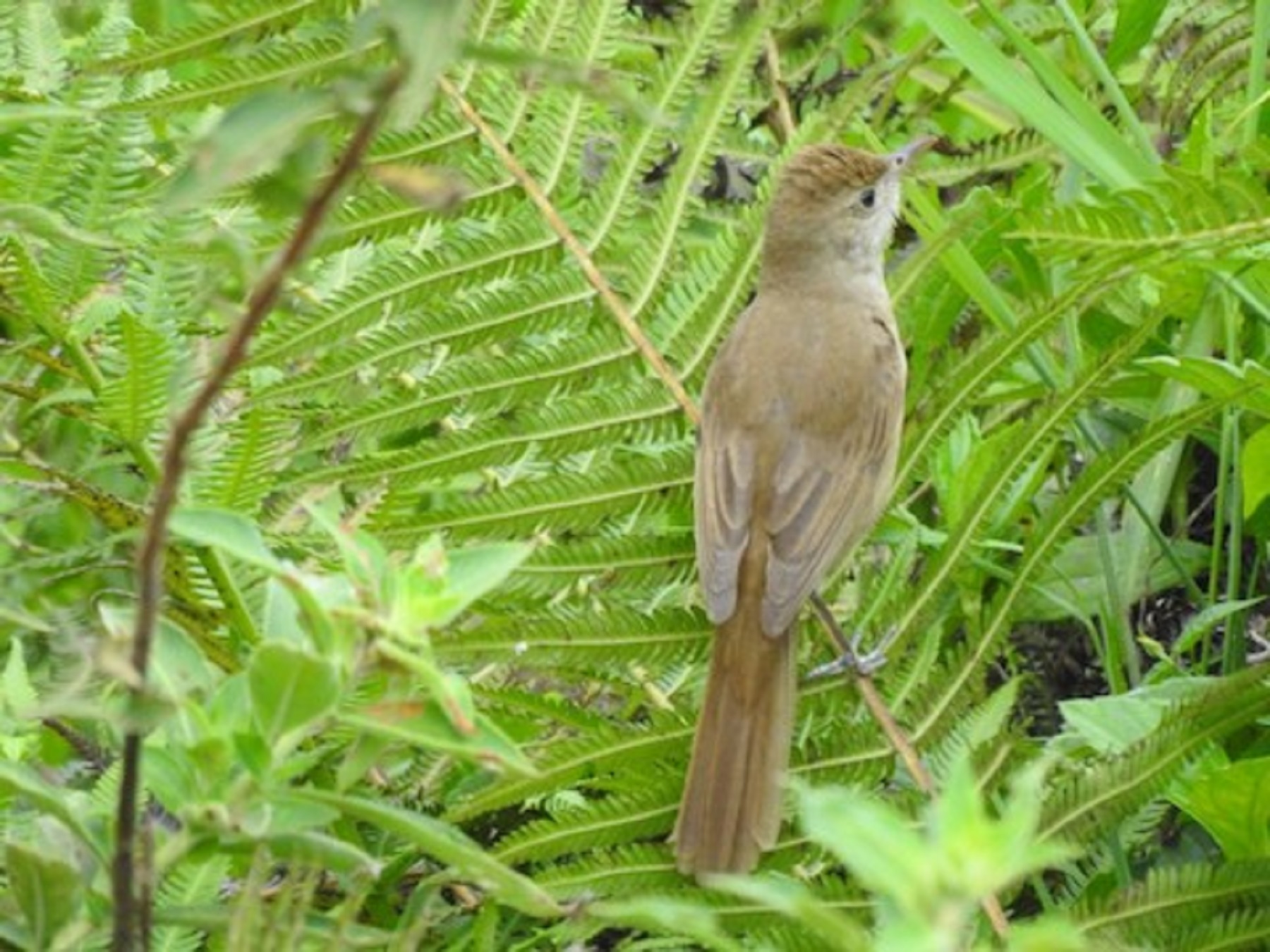 The thick-billed warbler (Arundinax aedon) breeds in the temperate east Palearctic, from south Siberia to west Mongolia. It is migratory, wintering in tropical South Asia and South-east Asia. It is a very rare vagrant to western Europe.

This passerine bird is a species found in dense vegetation such as reeds, bushes and thick undergrowth. Five or six eggs are laid in a nest in a low tree.

This is a large warbler, at 16–17.5 cm (6.3–6.9 in) long, which is nearly as big as the great reed warbler. The adult has an unstreaked brown back and buff underparts, with few obvious distinctive plumage features. The forehead is rounded, and the bill is short and pointed. The sexes are identical, as with most warblers, but young birds are richer buff below. Like most warblers, it is insectivorous, but will take other small prey items.