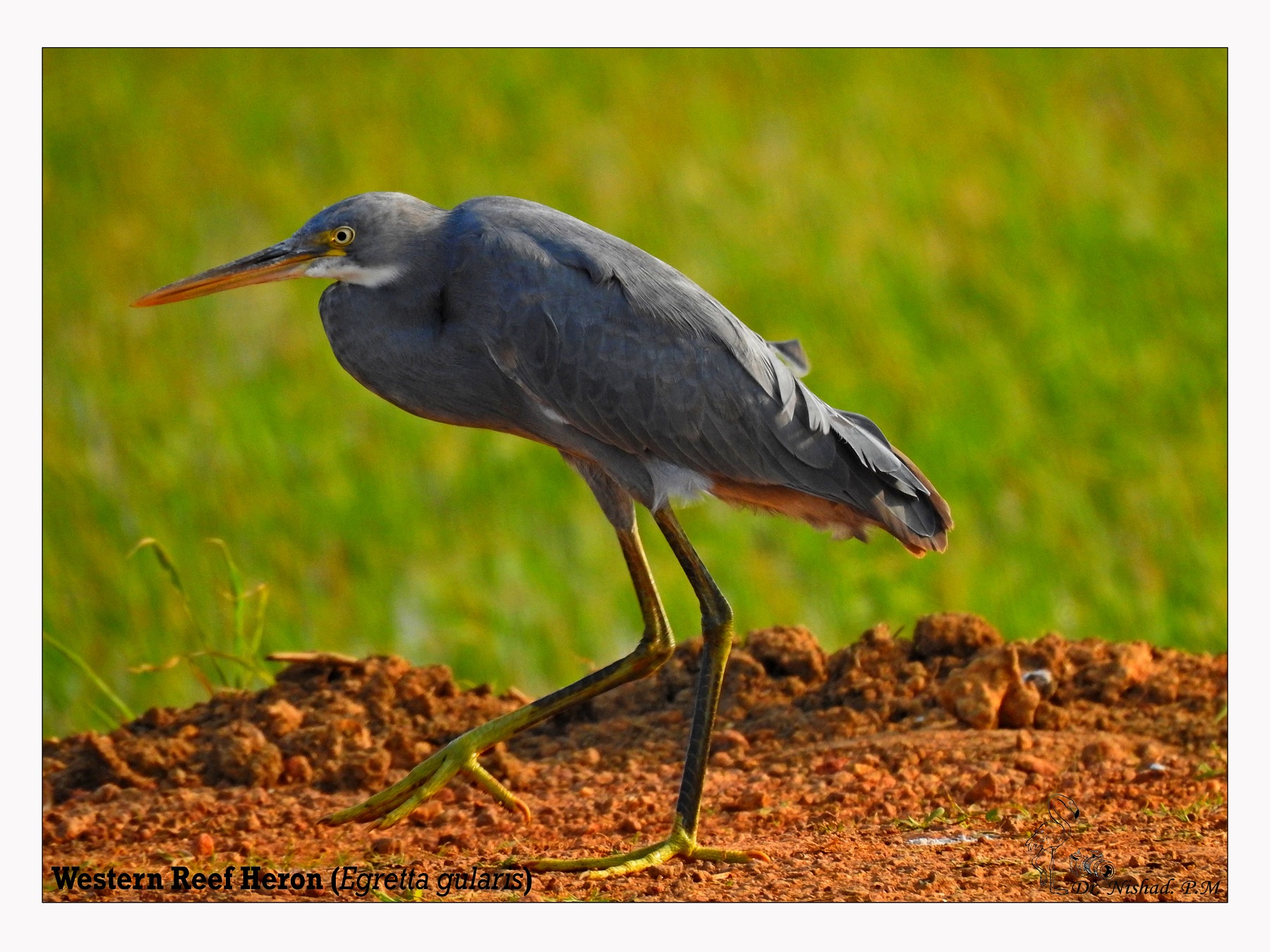 The western reef heron (Egretta gularis), also called the western reef egret, is a medium-sized heron found in southern Europe, Africa and parts of Asia. It has a mainly coastal distribution and occurs in several plumage forms: a slaty-grey plumage in which it can only be confused with the rather uncommon dark morph of the Little egret (Egretta garzetta); a white form which can look very similar to the little egret although the bill tends to be paler and larger and the black form with white throat E. g. gularis of West Africa. There are also differences in size, structure and foraging behaviour. There have been suggestions that the species hybridizes with the Little Egret, and based on this, some authors treat schistacea and gularis as subspecies of Egretta garzetta. Works that consider the Western Reef Heron as a valid species include the nominate gularis and schistacea as subspecies.