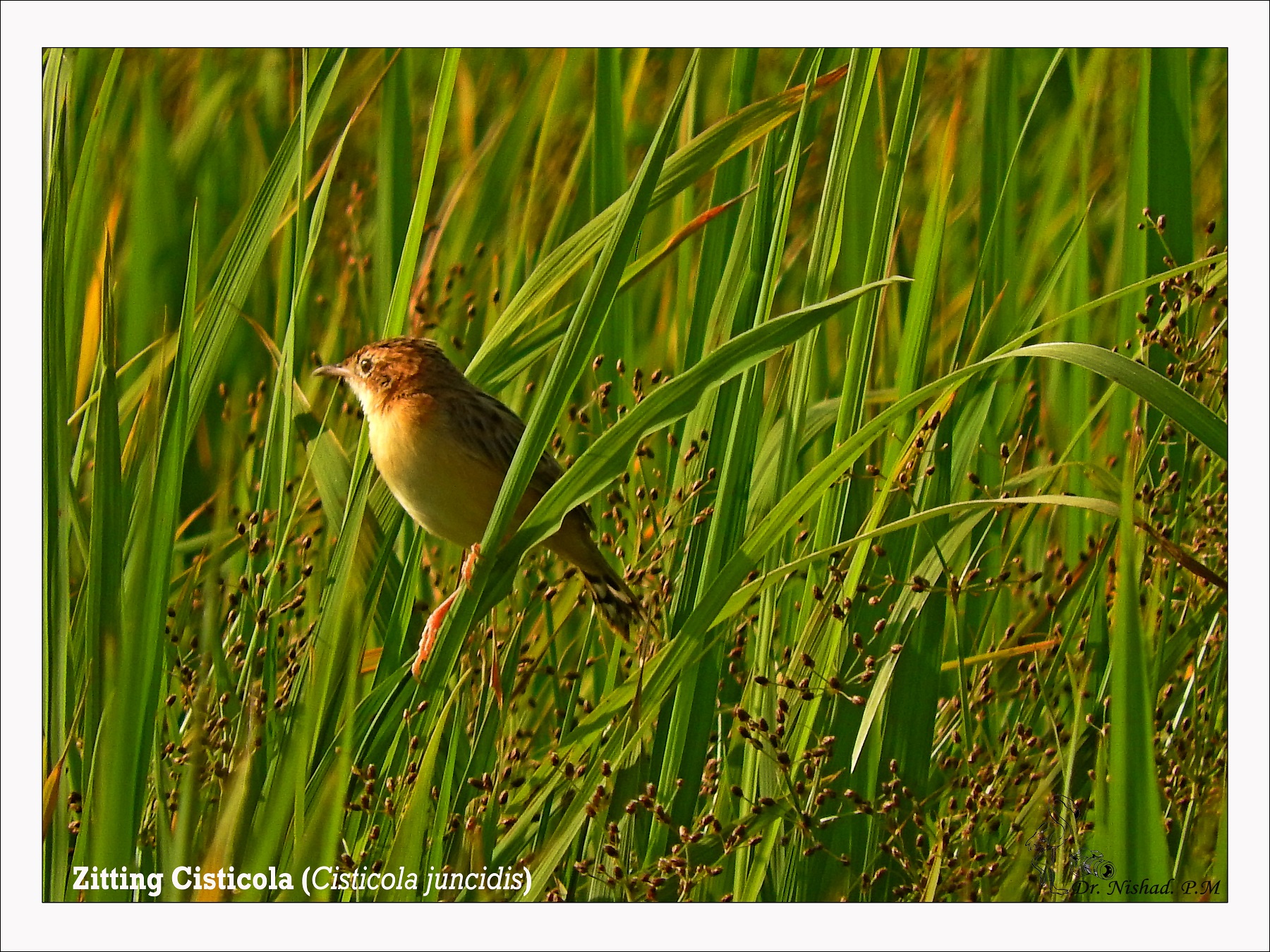 The zitting cisticola or streaked fantail warbler (Cisticola juncidis) is a widely distributed Old World warbler whose breeding range includes southern Europe, Africa (outside the deserts and rainforest), and southern Asia down to northern Australia. A small bird found mainly in grasslands, it is best identified by its rufous rump; as well, it lacks any gold on the collar and the brownish tail is tipped with white. During the breeding season, males have a zigzagging flight display accompanied by regular “zitting” calls that have been likened to repeated snips of a scissor. They build their pouch nest suspended within a clump of grass.