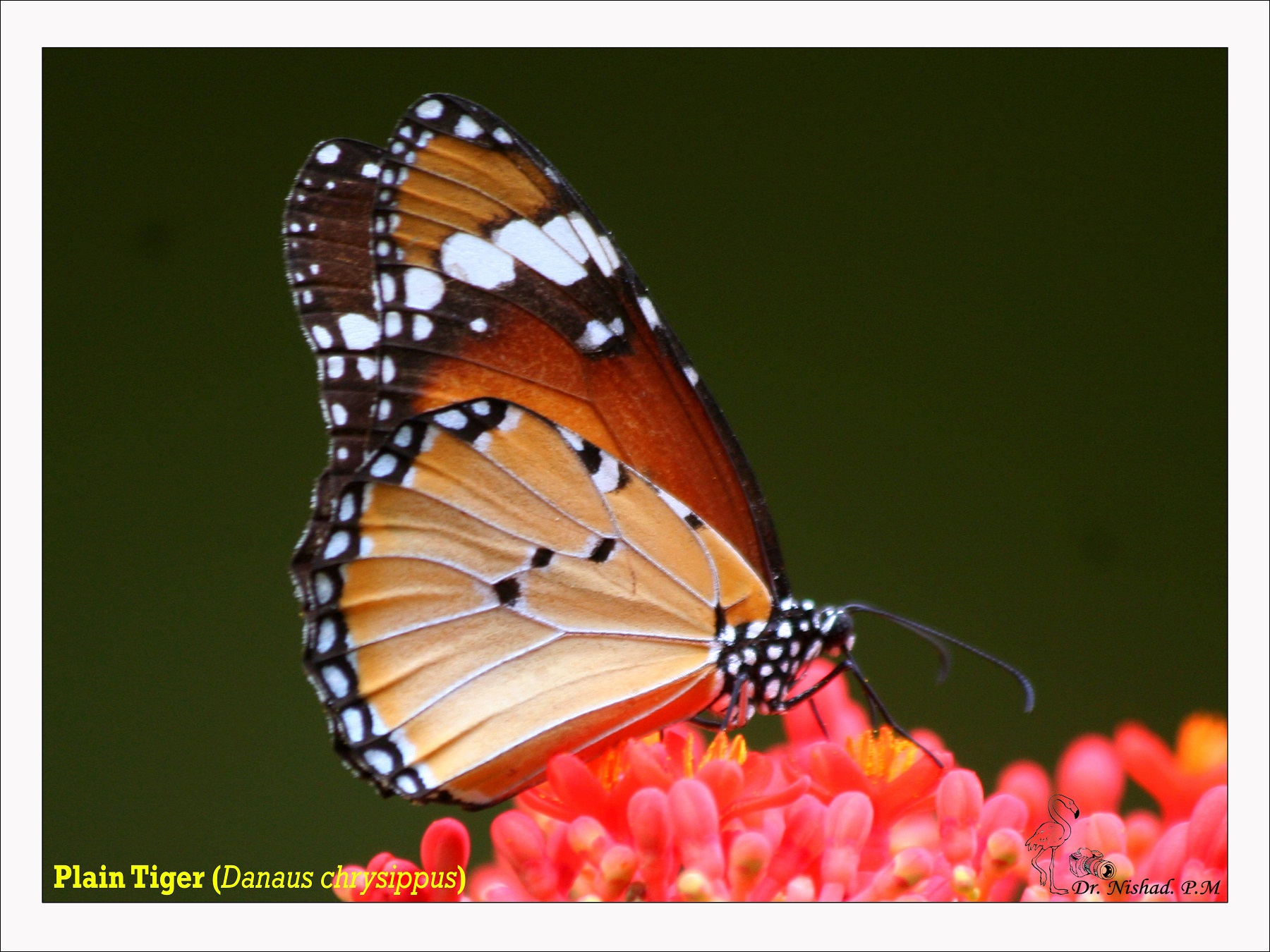 Danaus chrysippus, also known as the plain tiger, African queen, or African monarch, is a medium-sized butterfly widespread in Asia, Australia and Africa. It belongs to the Danainae subfamily of the brush-footed butterfly family Nymphalidae. Danainae primarily consume plants in the genus Asclepias, more commonly called milkweed. Milkweed contains toxic compounds, cardenolides, which are often consumed and stored by many butterflies. Because of their emetic properties, the plain tiger is unpalatable to most predators. As a result, its coloration is widely mimicked by other species of butterflies. The plain tiger inhabits a wide variety of habitats, although it is less likely to thrive in jungle-like conditions and is most often found in drier, wide-open areas.

The plain tiger is believed to be one of the first butterflies depicted in art. A 3,500-year-old ancient Egyptian fresco in Luxor features the oldest known illustration of this species.